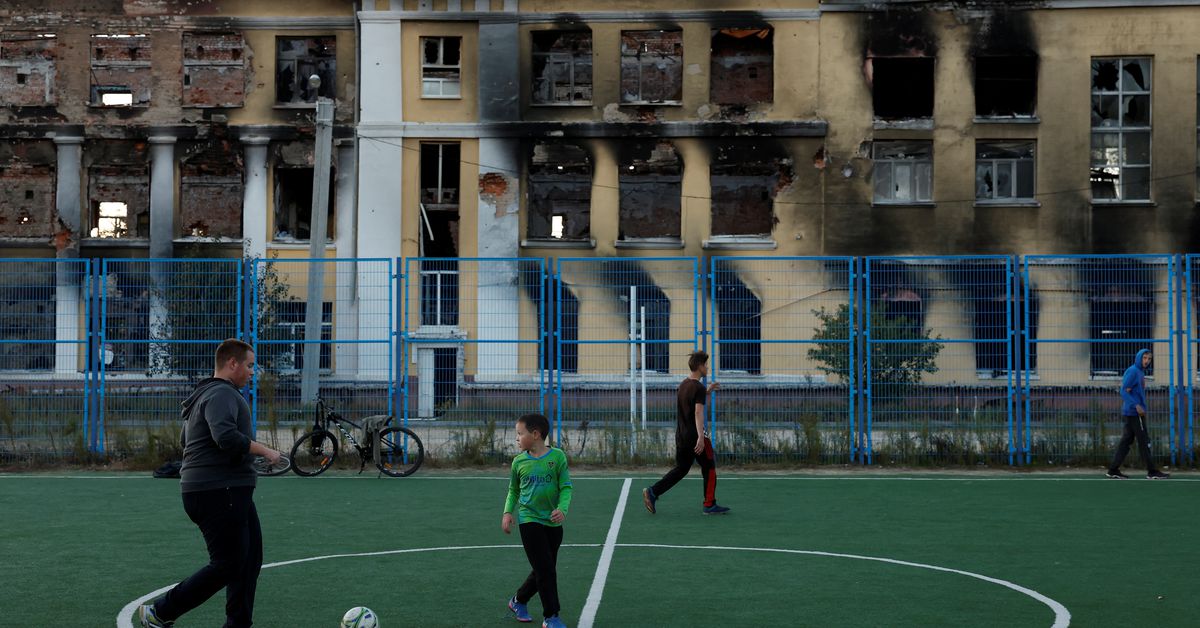 WASHINGTON, Oct 15 (Reuters) – Russia’s attacks on civilian infrastructure in Ukrainian towns far from the front lines will complicate the dire economic situation facing the country, which has already seen a tenfold increase in poverty this year, said a senior World Bank official on Saturday.

Arup Banerji, the World Bank’s regional director for Eastern Europe, said Ukraine’s rapid restoration of electricity after this week’s large-scale Russian attacks on energy facilities reflected the efficiency of the system in wartime, but that Russia’s change in tactics increased the risks.

“If this continues, the outlook will be much, much tougher,” he told Reuters in an interview. “As winter really starts to bite…certainly by December or January, and if houses aren’t fixed…there could be another wave of internal migration, internally displaced people from the country”. Ukrainian President Volodymyr Zelenskiy told international donors this week that Ukraine needs around $55 billion – $38 billion to cover next year’s estimated budget shortfall, and another $17 billion to start to rebuild essential infrastructure, including schools, housing and energy facilities.

Ukrainian officials have stressed that they need continued and predictable financial assistance to keep the government running, while beginning essential repairs and reconstruction.

The response to Zelenskiy’s appeal – delivered at the annual meetings of the International Monetary Fund and the World Bank – and many other meetings held over the past week has been encouraging, Banerji told Reuters in an interview.

“Most countries have indicated that they will support Ukraine financially over the next year, so this is a very positive result,” he said. Twenty-five percent of the population would be living in poverty by the end of the year, up from just over 2% before the war, he said, and that figure could rise to 55% by the end of the year. the end of next year.

The unanimous selection of Ukrainian Finance Minister Serhiy Marchenko as the next rotating chairman of the boards of the two institutions in 2023 also signals continued strong support for the war-torn country, Banerji said.

IMF Managing Director Kristalina Georgieva said this week that Ukraine’s international partners have already committed $35 billion in grants and loans to Ukraine in 2022, but its financing needs will remain “very large. ” in 2023.

IMF staff will meet Ukrainian authorities in Vienna next week to discuss Ukraine’s fiscal plans and a new IMF surveillance tool, which should pave the way for a full-fledged IMF program once the conditions will allow it,” Georgieva said.

The budget only included $700 million for capital spending, a tiny fraction of the $349 billion in reconstruction costs recently estimated by the World Bank.

If Ukraine failed to secure enough support, it would either have to print more money at a time when inflation was already in the low 20% range or cut social spending further, he said. declared.