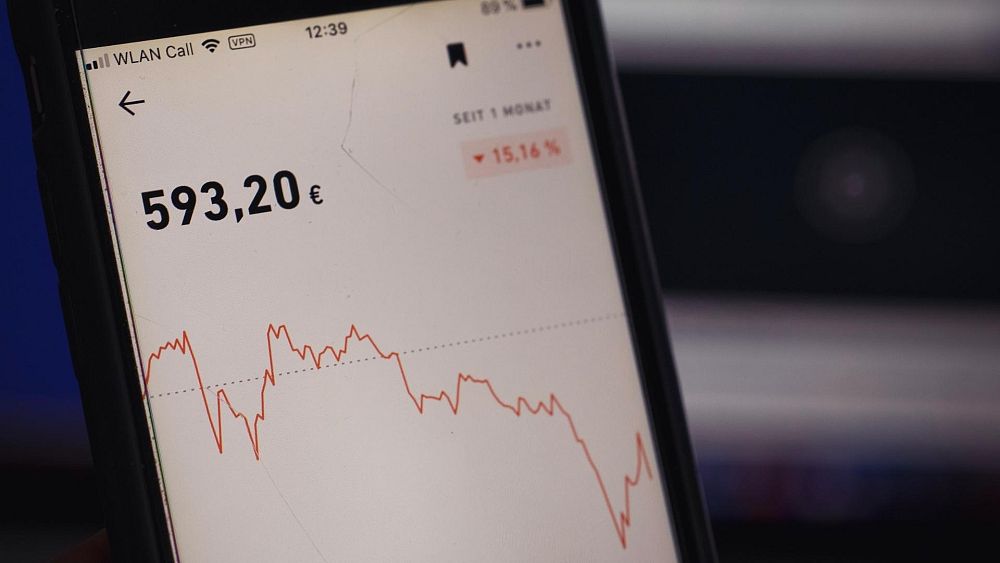 What is a bear market and should we be worried about a global recession? We ask the experts

As the threat of rising inflation and higher interest rates looms over investors, Wall Street has fallen into a bear market.

Interest rates have been pushed higher by the US Federal Reserve as it strives to rein in the highest inflation rates the US has seen in decades.

It’s a scene that’s unfolding not just in the United States, but around the world.

Major economies are also slipping into a bear market due to the “perfect storm combining supply chain disruption due to Covid-19 and the food and energy crisis triggered by the war in Ukraine, with the tightening of monetary policies of the Fed and investors panic mode into extreme risk mode in this extreme uncertainty. environment,” Xiaoxiang Zhang, senior lecturer in finance at the University of Sussex, told Euronews Next.

But what is a bear market, how long does it last, and what does it actually mean?

What is a bear market?

“Generally speaking, a bear market is an extended period of falling prices in any market,” Sean Pinch, investment analyst at iSectors, told Euronews Next.

He noted that defining an exact definition of the term is actually “sort of up for debate.”

“A lot of people call a bear market any prolonged period of price declines in the market,” he said.

A bull market, on the other hand, refers to an extended period of rising prices in any market.

Where does the name bear market come from?

At first glance, the bear market and its antonym, the bull market, seem like out of place names in the world of economics.

So where does the terminology come from? According to Pinch, finding an exact answer can be tricky because “people don’t fully know where these terms come from.”

“I heard it came from the bear skin trade in North America, where traders speculated on bear skin prices,” he noted.

Others believe the name originated in Italy and France “where a proverb warned people not to sell bear skin until they had caught the bear,” said Naoshad Pochkhanawala, financial planner at Amiko Benefits, at Euronews Next.

“It looks like the ill-fortune warning has somehow caught on on Wall Street – with traders fearful of losing their shirts to the bear.”

This is at odds with the investing and financial news site Investopedia, which claims the term bear market refers to “the way a bear attacks its prey – by sliding its paws down. That’s why bears markets with falling stock prices are called bear markets”.

How bad is the bear market?

“[The current state of the market is] definitely not very pretty,” Pinch remarked.

The current state of the economy is exasperated by rising inflation, supply chain issues, he said, and the search for sustainable economic growth as we emerge from the era of the pandemic.

“It is a combination of factors that has created this less than ideal situation. It is very difficult, if not impossible, to judge exactly how bad the situation is. Central banks around the world are doing their best to ensure that everyone is doing well.”

“Investors are definitely worried — I’m not sure how much, but I guess a lot are,” Pinch said, drawing attention to a recent consumer sentiment number released by the University of Michigan that predicts changes in economic activity based on how likely consumers are to buy things.

“It was one of the lowest in something like 80 years,” he added.

“Year-over-year inflation is 8.6% right now – and it doesn’t seem to be easing in the US or anywhere else. So investors are certainly worried.”

But what will this mean for investors?

“For those who don’t own stocks, it probably helps them if prices are lower. Unless the company they work for is publicly traded and management cuts costs and labor “, he explained.

Have there been worse bear markets than this?

There have certainly been bigger economic crises than the current state of the market, which have caused an incredible amount of financial turmoil.

However, notes Pinch, we should be wary because “we don’t know the full extent of this bear market yet.”

“A recession is defined as two successive quarters – six months – of declining GDP growth and negative gross domestic product. We’re definitely heading in that direction, so maybe we will be soon,” he said. he adds.

“Bear markets and recessions go hand in hand, with one usually fueling the other,” Pochkhanawala added. “As inflation and interest rates rise, people have less discretionary income and pay less for luxuries and amenities, so businesses expect to earn less in the future.”

How long do bear markets last? Will it end soon?

It is difficult to predict how long this bear market will last, as economic trends seem to vary widely.

Some bear markets like the crash of 2020 – which was precipitated by the onset of the COVID-19 pandemic – can be very short-lived. Other bear markets can be severe and prolonged.

“Ultimately, the simplest definition of a recession is that there is a shortage of goods, services or money in the economy – a bear market is a symptom of this,” Pochkhanawala added.

However, it’s important to note that with each circumstance there are many different economic pressures to consider – “making it difficult to judge” how this might play out, Pinch added.