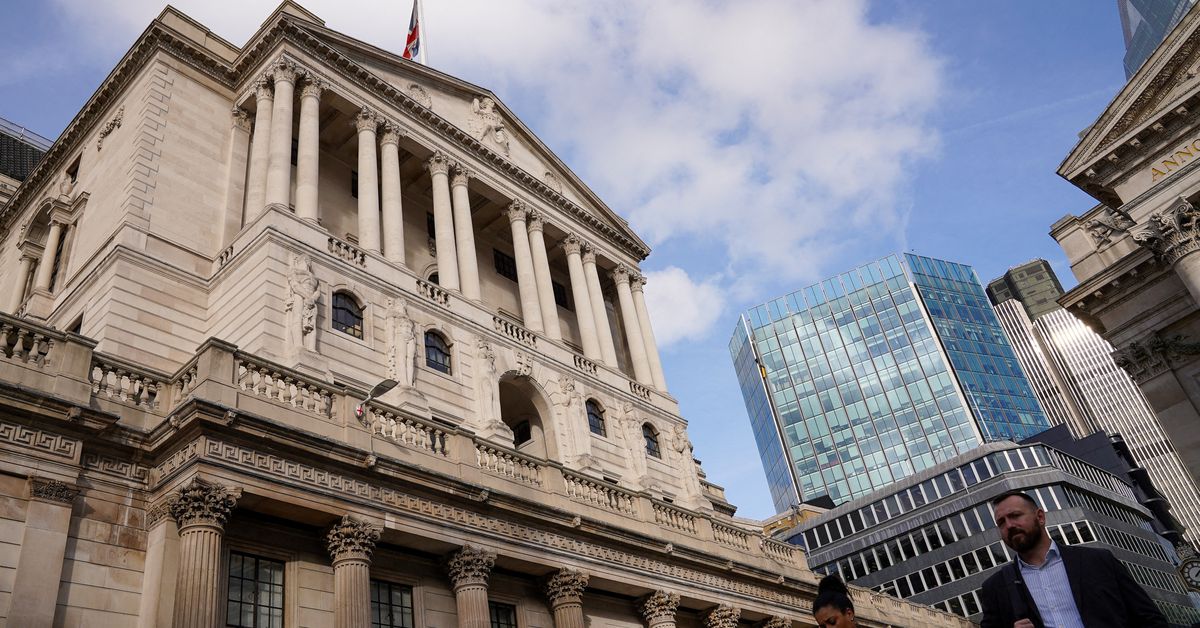 LONDON, Oct 31 (Reuters) – Lending to British consumers rose less than expected last month and the number of mortgages approved by British lenders fell, according to Bank of England data released on Monday, which showed tougher times for the UK economy.

The BoE said net unsecured consumer credit rose by 745 million pounds ($861 million) in September, the lowest monthly increase since December 2021, following an increase of 1.215 billion pounds in August. A Reuters poll of economists had indicated net lending of just under £1 billion.

Mortgage approvals totaled 66,789 last month, down from 74,422 in August, the BoE said, broadly in line with a Reuters poll forecast.

BoE figures showed a huge jump in money supply, which on the M4 measure rose 2.1% in September alone.

The last time there was a larger increase was in March 2020, when financial market turmoil at the start of the COVID-19 pandemic led to a squeeze in money market funds which had to sell assets such as government bonds and treasury bills for cash.

The M4 subcategory, which covers businesses like pension funds and life insurance companies, jumped to a record 67.8 billion pounds in September, more than double the previous record.

Mortgage rates rise above the 7% barrier | Mortgages and advice