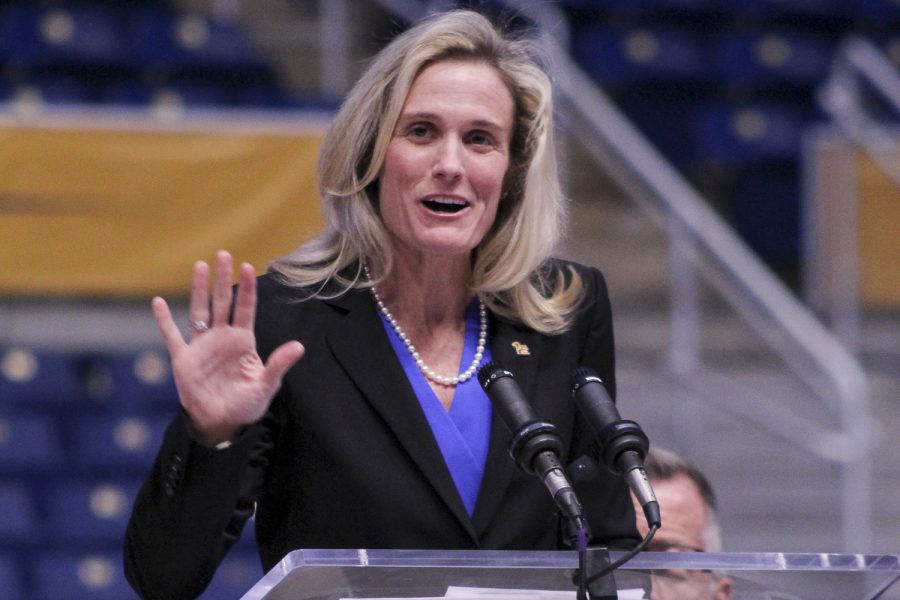 Planning and constructing a $250 million construction plan during a pandemic is not without obstacles, but Pitt Athletics spokesman EJ Borghetti said the University plans to begin construction this year. and to open some facilities in 2024.

“Despite the recent challenges created by the pandemic, the vision for the project remains firmly on track,” said Borghetti. “Originally scheduled to begin in 2021, that date will now be in 2022 with construction expected to begin in the fall of [2022].”

Before the COVID-19 pandemic, Pitt announced plans for $250 million expansion of its sports facilities. The plan, known as Victory Heights, called for a new 3,500-seat multi-purpose arena, an eight-lane indoor track and an athletic performance center, among other new buildings. The University hopes the plan will allow Pitt Athletics to keep pace with rapidly improving facilities at its ACC rivals.

“For too long, a significant percentage of our student-athletes have been forced to compete in facilities that do not reflect the high standards and aspirations of the University of Pittsburgh,” said Heather Lyke, athletic director. noted during a press conference in January 2020. “That will change with the launch of our Victory Heights campaign.”

Funding for the project poses another problem exacerbated by the COVID-19 pandemic. The university intends to offset the hefty $250 million price tag by relying on donations, according to Borghetti.

“Pitt Athletics continues to be supported by an enthusiastic and committed group of donors, whose generosity will help offset the University’s $250 million in debt funding for the project,” said Borghetti. “Donor support for Victory Heights, even amid the pandemic, continues to grow, reflecting belief in Pitt’s vision of all-around athletic excellence.”

The University may find it difficult to cover costs through donations alone. Borghetti said fundraising efforts have currently raised $11 million in donations, or about 4% of the total.

Despite the costs, Borghetti said the project will greatly benefit athletes and students. The plan is primarily aimed at moving several teams away from the now septuagenarian Fitzgerald Field House, which houses offices and facilities for 16 of Pitt’s 20 athletic programs.

“Victory Heights will positively impact 85 percent of Pitt’s student-athletes, providing them with championship-caliber training, sports medicine and competition facilities,” Borghetti said. “It will also greatly benefit the university community as a whole, serving as a campus connector for students, faculty and staff.”

Pitt’s band will also benefit from the expansion, which includes a band practice facility to be built in the new indoor track building. Manager Brad Townsend said he was delighted to finally have a permanent home for the program, which currently does not have its own training facility.

“We’re crammed into a basement in Trees [Hall] right now,” Townsend said. “So having a place of our own where we can sit and teach music, improve and have high quality places to store our gear is really going to be a game changer.”

Townsend was also happy that Pitt welcomed the band’s feedback for the new setup.

“[The University was] great about it,” Townsend said. “They came straight to us, knowing that we know the band best and what the needs would be.”

Jack Bailey, the band’s current drum major, said he was also excited about the new facilities.. Bailey, a senior microbiologist major, anticipates that the new training center will greatly benefit all students in the band.

“I think I speak for everyone in that we’re all incredibly excited for the new facility to be built,” Bailey said. “It will give us a permanent home and bring us several new and updated features that will allow us to make huge progress as a group.”

For now, the project remains in the planning stage, with construction of the first buildings beginning this fall.

The Victory Heights project is only part of Pitt’s Campus Master Plana detailed look at the future of Pitt’s Oakland campus and its development plan over the next 20-30 years. Other plans include new student accommodation, a new student recreation and welfare center on O’Hara Street, a university complex known as One Bigelow and more.

The infinite bank, or how to keep your money and spend it too