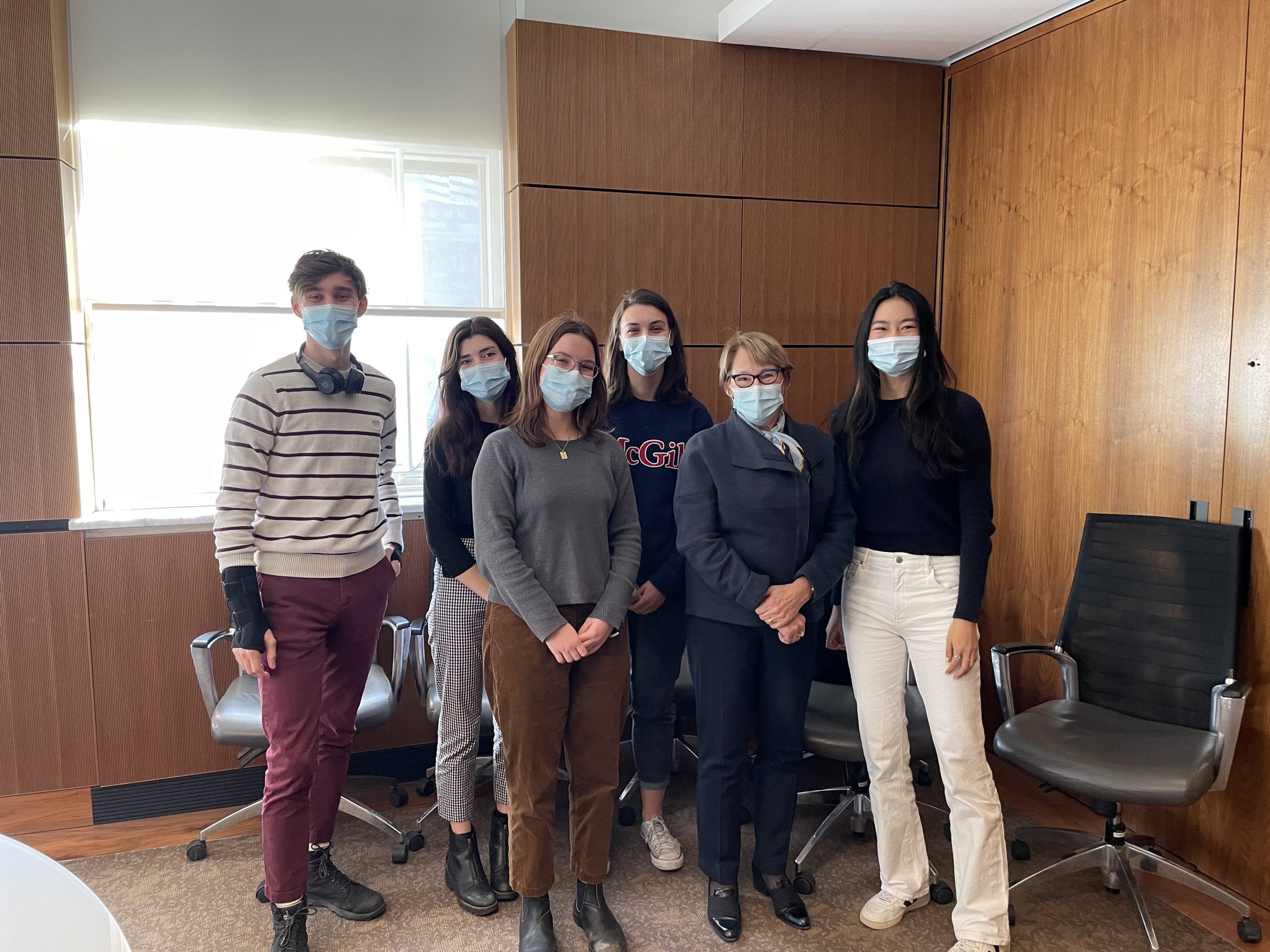 On Wednesday morning, Principal Suzanne Fortier met with the student media for a roundtable interview in the James Administration Building for the first time in several years. Masked and socially distanced, Principal Fortier made an opening statement on the state of higher education in the context of the COVID-19 pandemic and answered questions from the bull and bear, the Daily, the Offense, and the Tribune.

One of the most pressing issues facing communities and institutions is climate change, and McGill has come under increasing pressure to completely withdraw from its investments in fossil fuels. As part of the roundtable interview, the bull and bear asked Principal Fortier about the university’s philosophy and strategy on climate change and divestment.

The bull and bear: In your opening statement, you mentioned the idea of â€‹â€‹terra sapiens and our role in relation to the world. Could you tell us about the university’s philosophy on climate change and the role the university plays at the local, federal and international levels in combating it? Could you also address the issue of the lack of divestment in fossil fuels?

Director Fortier: â€œEveryone in society – every person, every institution, every government – must play an important role when it comes to climate change and sustainability. It is inevitable: each of us has a responsibility. Here we have a sustainability strategyâ€¦ we look at every aspect of what we do.

We are about to introduce a new sustainability course that will be accessible to anyone who can count for a loan; he will go to the Senate this legislature. â€¦ This is climate literacy – everyone needs to know about it.

On the operations side, we have a very aggressive plan to reduce our carbon footprint. Our net zero goal is 2040, which is 10 years ahead of most people. We are transforming our energy systems at McGill away from oil and gas; it’s expensive, but it’s important, so we’re putting money into it.

We have a pool of 2 billion [dollars] in our endowment [and] we have adopted a decarbonization strategy. Thus, we are removing assets in the carbon-generating industry, [which] includes the fossil fuel industry, as well as the cement industry: the two main culprits. But there are many, many industries, even the digital industry has a large carbon footprint. So we are removing assets, we have a very aggressive target, and we are investing in what is called impact investing. [in] those industries that bring sustainability options.

Activist groups such as Divest McGill have long campaigned for McGill’s immediate divestment from all fossil fuels. Fortier went on to clarify the differences between McGill’s climate change strategies and the call for student divestment.

“It’s interesting, the language [that] is used: we do not give in, because some say we have to give in, which means removing all investments in the 200 companies that were target. We are not divesting in quotes, we are divesting in reality. In the language of investing, we divest, we remove assets.

One thing I have to say is that we don’t invest directly. We invest through managers, and our managers are 99%, I believe, ESG compliant. Where we can, when we have targeted investments in carbon-producing companies, we [have] asked them to withdraw our investment.

Fortier also provided an update on how McGill is doing in terms of approaching its target goals.

â€œRight now, I would say we are reaching our goals beyond our limits. Out of the … about 200 companies, I think we’re below 1%. [But] some of the investments we made, we made 5 years ago, and we are committed to making an investment. It’s not spent right away: they’ll take our investment at different times, and once you’ve made the commitment, you’ve made the commitment. It’s not like tomorrow you can say, “I don’t like this and I’m fine.” I think we have a very good, very responsible plan to decarbonize our portfolio and I think we are doing well.

When we first started in impact investing, there weren’t a lot of offers in the market and the ones that did exist had not yet proven their worth. â€¦ But it changes a lot faster, which is great for us. There are many other ways to invest in low carbon securities that will account for their decarbonization. We are now better equipped to invest in impact investing; in fact, just recently we made another investment in this area.

It is complicated [but] it is moving in the right direction.