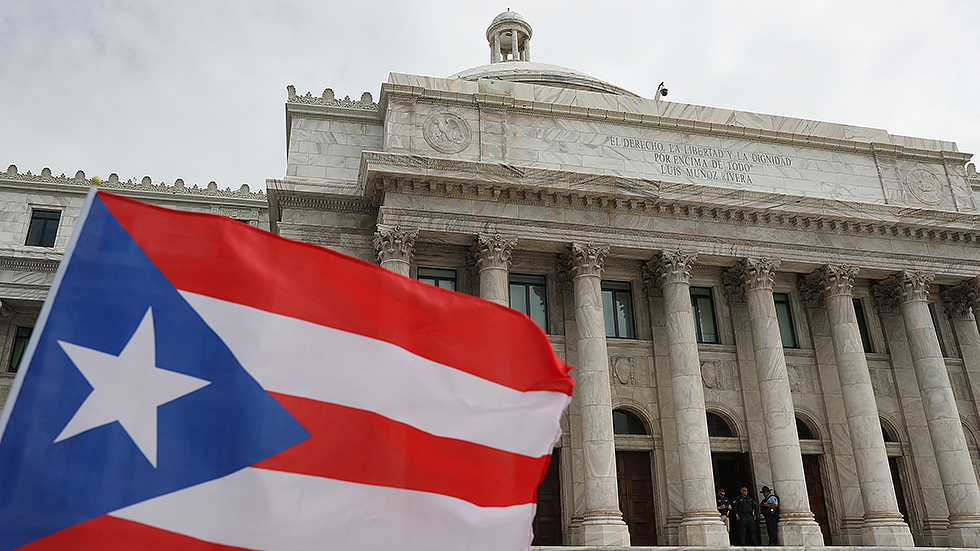 Puerto Rico’s health care industry is sounding the alarm over disparities in how the territory’s health insurance plans are funded, hurting the quality of services for an estimated 630,000 seniors.

In a joint letter to Health and Human Services (HHS) Secretary Xavier Becerra and Centers for Medicare & Medicaid Services (CMS) Administrator Chiquita Brooks-LaSure, a coalition of medical, pharmaceutical , hospital, commercial and insurance companies called on the Biden administration to fill a “funding gap” that is undermining the island’s medical services.

In their letter, the groups referenced an explicit campaign promise made by President Biden to address the territory’s growing Medicare funding gap.

“Biden will address historically low Medicare Advantage payment rates and their impact on Puerto Rico’s health care system by directing the Secretary of HHS to develop and recommend payment reforms and program improvements,” the plan reads. Biden-Harris for the recovery, renewal and respect of Puerto. Rico.

“We hope that HHS Secretary Xavier Becerra will take positive action and implement policies that pave the way for fair treatment and equity in health care funding for Medicare beneficiaries across the country. ‘island,” Pando added.

This gap has nearly doubled over the past decade – in 2011, Puerto Rico’s Medicare Advantage funding lagged the national rate by 24% – and Puerto Rico not only lags behind states, but also other territories.

In their letter to Becerra and Brooks-LaSure, Puerto Rico’s health care providers noted that Puerto Rico’s funding rate is 37% lower than Hawaii, the least funded state in the program, and 23% “lower than the lowest jurisdiction (US Virgin Islands). ).”

Although Medicare Advantage is extremely popular in Puerto Rico, it is not as widely used on the mainland.

Still, Medicare Advantage usage has increased in the United States, and it’s estimated that about half of all Medicare users will have an Advantage plan by 2030, according to the Kaiser Family Foundation.

The discrepancy in Puerto Rico’s funding rates has contributed to the underserving of elderly and other Medicare beneficiaries on the island, but also to the emigration from the island of both patients seeking better care and health professionals seeking better working conditions.

According to the letter, there are 280,000 doubly eligible seniors in Puerto Rico, who are immediately eligible to receive medical services on the island or in one of the states.

“Now is the time to end funding disparities for Medicare beneficiaries in Puerto Rico and U.S. territories,” said Elliot Pacheco, president of Entrepreneurs for Puerto Rico, a local trade association.

A narrowing funding gap, they say, would instead incentivize seniors and medical professionals to stay on the island, where the cost of living is lower and every Medicare dollar can be stretched further.

“Such action would also reduce the rate of provider migration to the states, strengthen the island’s health infrastructure while upholding the administration’s overall commitment to equity for underserved areas,” they wrote.

Last month, a bipartisan group of 11 House members wrote a similar letter to Becerra, warning that “not shutting down the [Medicare Advantage] The funding gap between Puerto Rico and the states effectively relegates Puerto Rico’s health care system to second-tier status.

That letter, led by Resident Commissioner of Puerto Rico Jenniffer González-Colón (R), included among its signatories the late Representative Don Young (R-Alaska), a longtime supporter of equal treatment for the territories and statehood for Puerto Rico.

The letter, signed on May 18, the day Young died, called on Becerra to “repair these longstanding inequalities once and for all.”

The Hill has removed its comments section, as there are many other forums for readers to join in the conversation. We invite you to join the discussion on Facebook and Twitter.

If children can learn to trace, why is it so difficult?