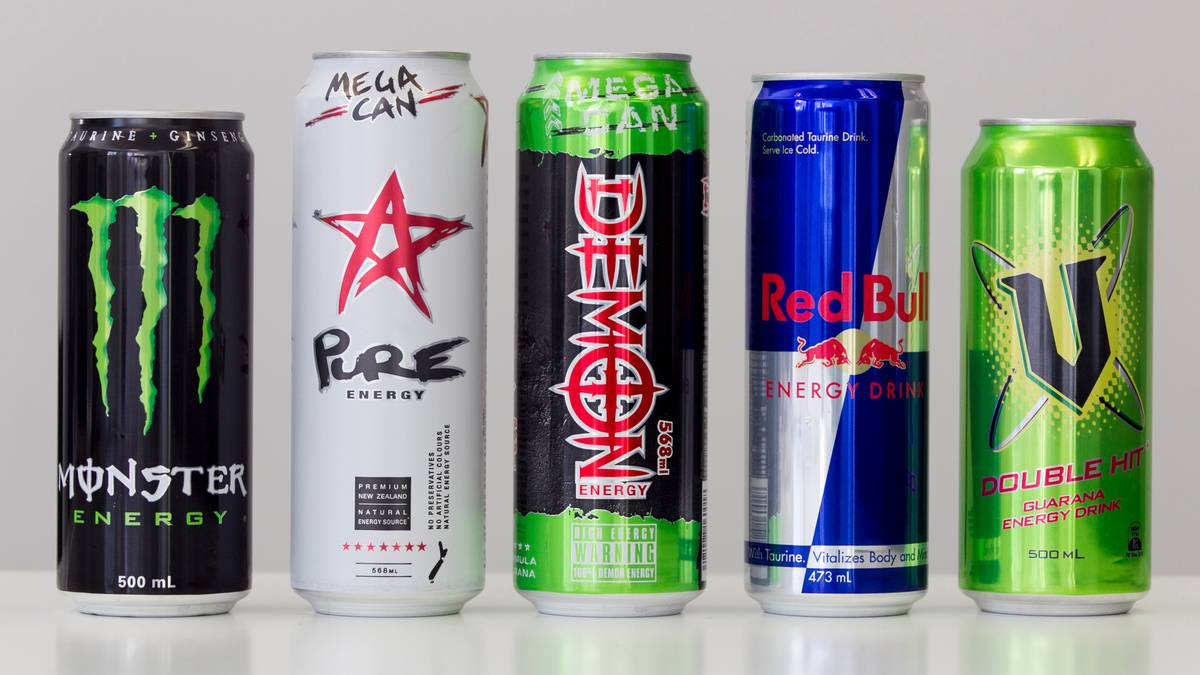 A Far North principal has banned energy drinks from his school due to a spike in consumption causing an alleged disruption to learning. Photo / Natalie Slade

A director in the Far North is warning whānau to be careful about the amount of energy drinks their children consume, following a recent spike in worrying behavior due to excessive consumption.

Okaihau College Principal Thomas Davison expressed serious concerns about the harmful effects of energy drinks on students and their ability to learn in a recent edition of the university’s newsletter.

Davison said in the Okaihau Breeze that many teachers at the school had noticed an increase in energy drink consumption – especially among junior high students.

“Energy drinks, as you know, are loaded with caffeine and sugar, neither of which are good for brain development and learning,” he wrote.

“The high level of stimulants in these drinks makes it difficult for students to concentrate in class and hinders their progress.

“I’ve had reports from teachers of students literally shaking in class from the effects of a large can of energy drink.

“Students will have consumed the equivalent of six cups of coffee and 12 teaspoons of sugar before class – is it any wonder they have trouble concentrating?”

Davison’s message made a direct request to the families of his students.

“My plea is for whānau to monitor what our students consume before school and try to remove access to those beverages,” he said.

“Please discuss with your students the negative effects energy drinks may have on brain development.”

Lisa Te Morenga, associate professor and Rutherford Discovery Fellow at Massey University’s Center for Hauora and Health Research, said as a parent she could understand his concerns.

Most of his research focused on sugar and sugary drinks, and tried to limit children’s exposure to them.

However, once her son was a teenager and became more independent, Te Morenga said she lost control over what he chose to drink.

“With this age group, we don’t have a lot of control. They’re about to grow up and make their own decisions, and we have to let them go,” she said.

Te Morenga, who is also a member of the Health Coalition Aotearoa (HCA), felt that the responsibility of helping young people make good choices could not rest solely with whānau.

HCA is an umbrella umbrella organization for the NGO, health and academic sectors, and focused on preventing the harms of tobacco, alcohol and unhealthy foods.

“It is up to our whole community to help young people lead healthy lives,” she said.

Te Morenga was adamant that the way energy drinks were marketed and sold to children was the root of the problem, and this change was needed.

“They’re marketed as edgy and pretty cool. And there are lots of different types, appealing to the preferences of different groups of teens,” Te Morenga said.

“They contain a stimulant. It’s something teenagers can choose from, it’s a bit nasty but still ‘safe’. In a way, they’re like kids’ alcohol.”

Te Morenga also described the ubiquitous presence of signs selling these drinks in front of dairies, past which children of all ages often passed on their way to and from school.

She said there was no control over what children were exposed to – both in terms of advertising and the availability of these drinks.

Principal Davison also acknowledged this challenge, noting that students “often had their own money and could find access in stores near bus stops when the whānau were not around”.

Te Morenga said she advocated doing something about the environments around schools and figuring out how to legislate to make those environments healthier.

She said she didn’t think it was unreasonable to limit energy drink advertising to within 500 yards of schools.

According to her, the scope of this advertisement was problematic.

“It’s defined very narrowly. Children are defined as only up to 12 or 13 years old,” she said.

“It focuses on marketing to children, based on the time of day it is broadcast – the after-school period – rather than marketing to which children are actually exposed, whether destined or not.”

Te Morenga noted that there was also nothing in place, not even guidelines when it comes to the digital space.

She said Minister Andrew Little had instructed the Department of Health (MoH) to investigate options for action.

“The Health Coalition Aotearoa has been gathering evidence on the different options, and even working on legislative vehicles that could be used in the junk food marketing space,” Te Morenga said.

“We are pushing for any new legislation to take into account the marketing to which children are exposed, rather than the marketing directed at them.

“This would include children up to 18, as defined by the World Health Organization, and longer viewing times up to 10 p.m.

‘There would also need to be an independent watchdog to investigate any breaches and we would like this to go beyond television as we would say most of the advertising children are exposed to is not on television.’

The Department of Health has not commented on the current regulatory climate surrounding the marketing of energy drinks to children.

As for the sale of energy drinks, Te Morenga said there was currently no requirement for schools to refrain from doing so.

“Schools were previously forced to provide only healthy food and drink. This was overruled by the national government, who thought it was very ‘the nanny state’,” she said.

“Some schools have kept these guidelines in place, but others have not. It would depend on the values ​​of the board and the principal.”

Okaihau College displayed its values ​​with the decision to ban the consumption of energy drinks at school.

“We will remove energy drinks from any student who visibly consumes them during school hours and dispose of them,” Davison wrote.

According to Te Morenga, current guidelines from the Ministry of Education (MoE) state that schools should have healthy eating policies in place.

“But these are just advice, not a rule. And they expire at the end of this year, unless renewed.”

She said the Ministry of Education had just gone through a consultation process on whether or not to put in place a limit on the sale of sugary drinks, which called for comments from experts like herself.

Te Morenga said a lot of work went into a major HCA submission that asked it to apply to all school settings, which should relate to healthy food as well as beverages.

The ministry is reportedly reviewing these comments.

“I remain confident that they will put in place something strong enough that will help.

Te Morenga said there are better things children could have to start their day to allow for a slow release of energy and more stable blood sugar levels throughout the day.

“The fact that energy drinks are replacing good foods in children’s diets is a definite concern,” she said.

“And the high amounts of sugar and acid they contain are not good for your teeth.”

The Department of Health was approached for comment and said energy drinks were not recommended for children.

According to the Ministry of Health’s Dietary and Nutrition Guidelines for Healthy Children and Young People (ages 2-18), energy drinks were not recommended for children or young people as they were generally high in sugar, which contributed to dental caries.

The guidelines also state that a 600ml bottle of energy drink provides about 15 teaspoons of sugar, and that all energy drinks and energy shots contain caffeine, a psychoactive stimulant that acts on the central nervous system.