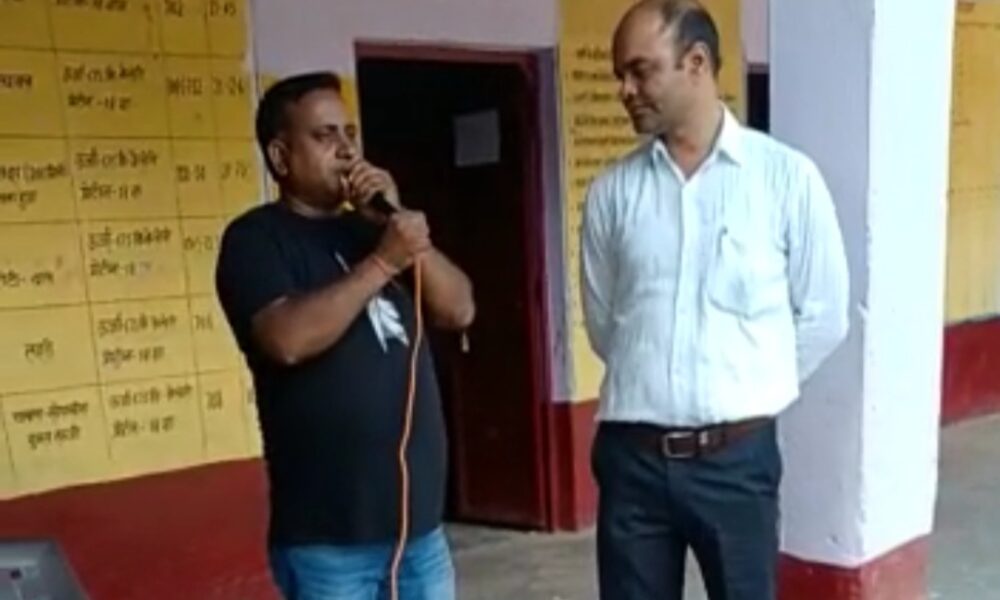 Principal asked children for money for the flag, VIDEO: announced to Mike and said 15-15 rupees must be brought from home, if parents don’t give then don’t fight

On the one hand, the whole country celebrates the Amrit Mahotsav of Independence. In contrast, a video of a public school teacher in Hathras asking pupils for Rs 15-15 on behalf of the Habs has surfaced. In this case, the BSA ordered the Block Education Officer to investigate.

The video is narrated by Sanvilian Vidyalaya Budhaich from Sahpau area of ​​Hathras district. In the video, Brajesh Kumar, the headmaster of the school, asks Mike for 15-15 rupees from the children to celebrate August 15. He says it is the order of the chief minister and the government to celebrate independence day on August 15 and all the children should bring 15-15 rupees for the flag from home.

If you don’t bring 15 rubies, buy the flag yourself.

Later in the video, he says that during the meeting, ABSA told BRC that all children should bring 15-15 rupees. Don’t argue with the parents, if they give money, it’s fine, if they don’t give it, it’s okay. Don’t bring a plastic flag, if you don’t bring 15 rupees you can buy a fabric flag yourself.

show cause notice to director

There are more news…