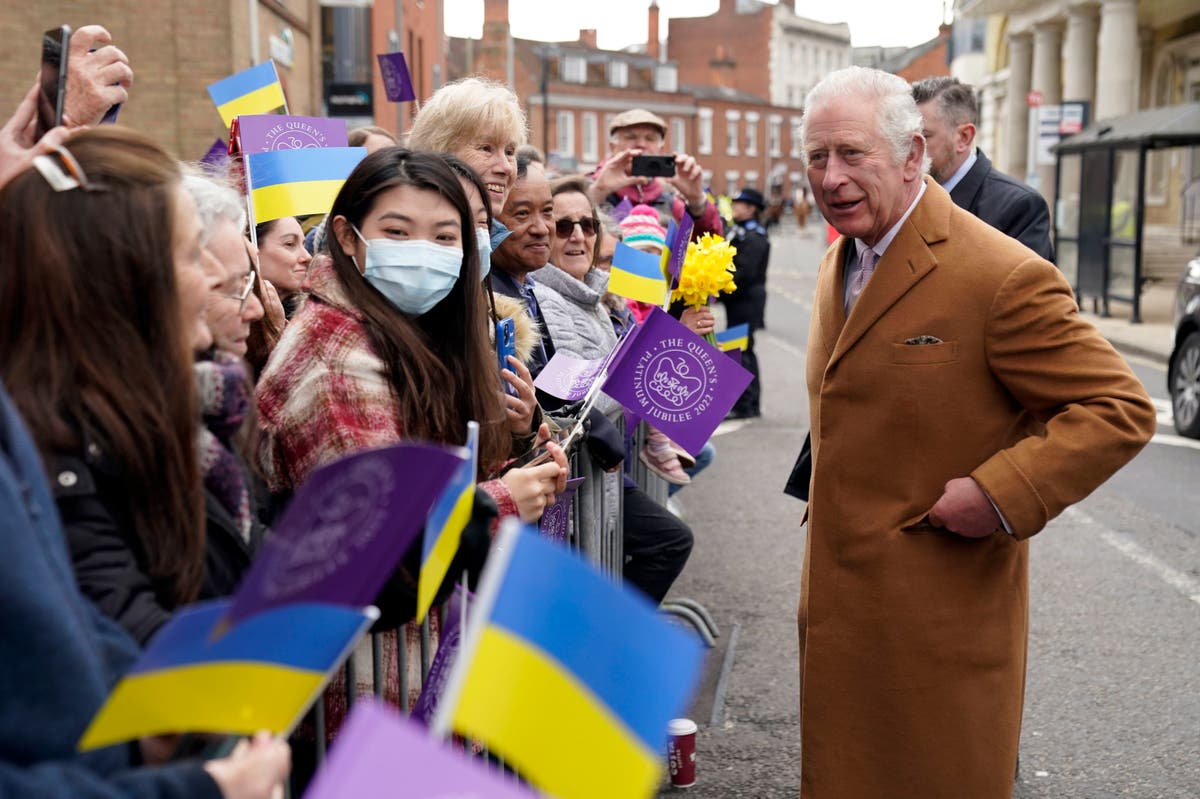 The heir to the throne traveled to Winchester to mark the Queen’s Platinum Jubilee and view a statue of Licoricia, a 13th-century Jewish woman killed in the city during a time of anti-Semitism.

He was due to visit the city on February 10 but after testing positive for Covid-19 he canceled his trip at the last minute as crowds waited to see him.

“I’m so sorry for the other week,” he told the dignitaries.

A crowd of 750 gathered opposite the Licoricia statue to see him again, many waving Ukrainian flags distributed by Hampshire County Council, which also flew the flag of the beleaguered country from its headquarters.

A county council spokeswoman said: “We held a Ukraine vigil in the town on Tuesday. There was a very strong community reaction to the situation.

Charles, 73, spoke to prominent members of the British Jewish community who helped raise money for the statue and spoke about the work World Jewish Relief, a charity he sponsors, was doing to help humanitarian aid to reach the Ukrainian people.

The prince said: “I am very proud to be the patron of World Jewish Relief. They do wonderful things.

Maggie Carver, chair of a trust set up to create the Licoricia statue, said the idea was to celebrate tolerance and combat the kind of prejudice that led Jews in England in the late 13th century to be forced to convert to Christianity or leave the country.

She said: “We can be very grateful nowadays that minorities do not face such intolerance.

“However, with attacks on Jews in our country at an all-time high and with war raging on European soil, this message is as relevant today as it was then.”

Licoricia of Winchester, a powerful and prominent pawnbroker, was murdered in 1277 during a period of anti-Semitism during the reign of Edward I which culminated in the expulsion of Jews from England in 1290.

She was close to Edward’s predecessor, Henry III, and helped fund work at Westminster Abbey and many other projects in England. The circumstances of his murder remain unclear.

Prior to his departure, Charles officially opened a new cultural center, The Arc, next to the statue. It is housed in a building previously opened by his wife Camilla in 2008 as the Winchester Discovery Centre.