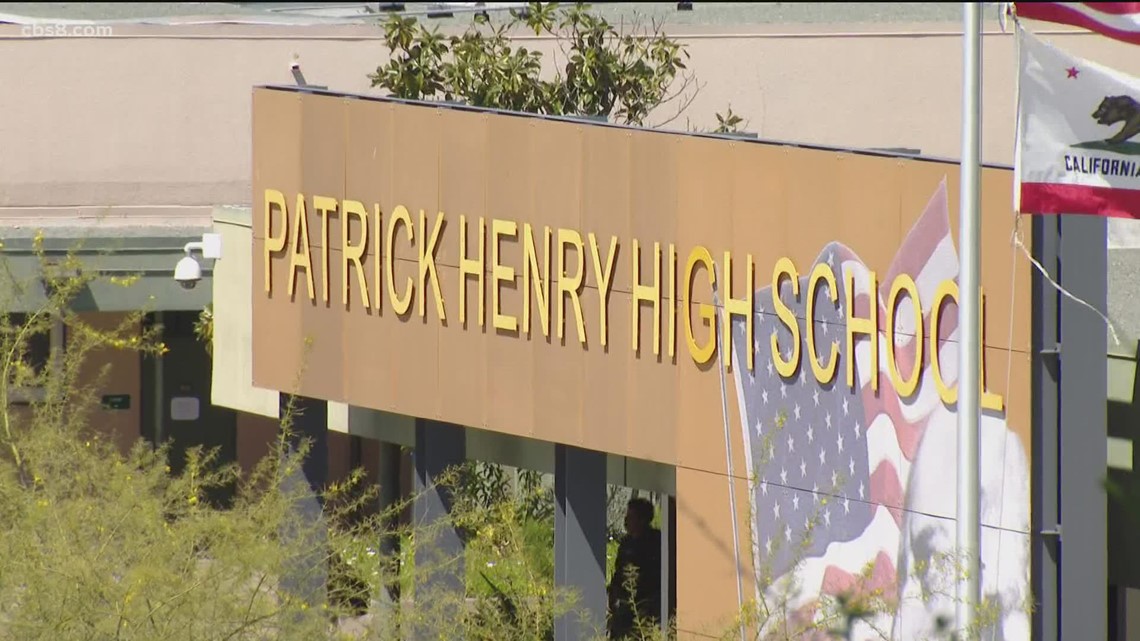 The first listening session for parents at Patrick Henry High School went over the scheduled one hour deadline.

SAN DIEGO — Parents at Patrick Henry High School are speaking out Thursday night because the decisions were made without consent or conversation. But parents also say they are worried about the future of their children.

The first listening session for parents at Patrick Henry High School went over the scheduled one hour deadline.

Parents were able to speak out after principal Michelle Irwin decided to scrap honors classes, then recently put a pause on the decision.

“We look forward to hearing from you so we can make the best decisions for our students,” Principal Irwin said.

Other than the introduction, Irwin made no remarks during the entire Thursday night session many wanted to hear from her.

In February, Irwin sent a message to parents saying AP classes would be cut for fairness reasons.

She pointed to the racial disparity between courses with honors and those without.

However, parents say cutting honors classes would make it even more difficult for children trying to get into college.

Cutting honors courses essentially caps the GPA at “4.0” and parents say that’s not enough to be competitive.

“My eldest just entered with a 4.5 GPA and she got a lot of money for her college because of her GPA, now you take that away from my other child in Henry because she won’t be able to have that GPA high,” one parent said.

Jen Roberson, Pedagogical Support Officer, mediated the event. She repeated throughout the night that she was listening to everyone’s concern.

“The real goal for all of us is to build a vision of what it looks and feels like in the Patrick Henry cluster,” Roberson said.

There is another meeting on Friday, April 22 from 9 to 10 a.m. To join the Zoom meeting, go here.