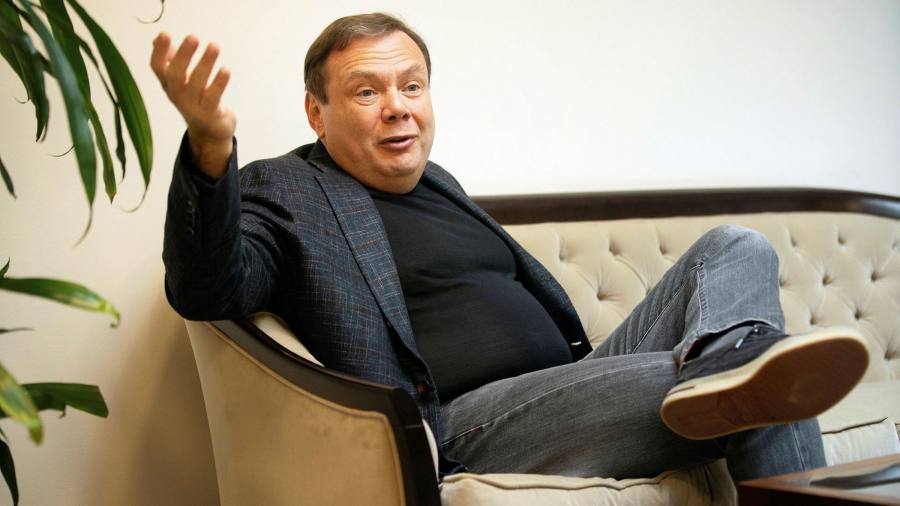 Mikhail Fridman denounces the Ukrainian conflict in a letter to staff

Mikhail Fridman, one of Russia’s richest men, said the war in Ukraine was a ‘tragedy’ and called for an end to the ‘bloodshed’ after President Vladimir Putin launched an invasion across the country.

In a letter sent to staff at his London private equity firm LetterOne on Friday and seen by the Financial Times, the billionaire said he was “convinced” that “war can never be the answer”.

“I was born in western Ukraine and lived there until I was 17. My parents are Ukrainian citizens and live in Lviv, my favorite city,” Fridman wrote in the E-mail. “But I have also spent a large part of my life as a Russian citizen, creating and developing businesses. I am deeply attached to the Ukrainian and Russian peoples and consider the current conflict as a tragedy for both of them.

Fridman continued, “I don’t make political statements, I’m a businessman with responsibilities to my thousands of employees in Russia and Ukraine. However, I am convinced that war can never be the answer. This crisis will cost lives and damage two nations that have been brothers for hundreds of years.

“While a solution seems awfully distant, I can only join those whose burning desire is for the bloodshed to stop. I am sure that my partners share my point of view.

Fridman, born in Ukraine, who normally avoids making political statements, is the first Russian businessman to denounce the conflict amid preparations for sweeping US, UK and EU sanctions against oligarchs with a significant presence in the EU. Where is.

Following Fridman’s statement, a second oligarch – staunch pro-Putin metals mogul Oleg Deripaska on whom the United States imposed sanctions – issued a short statement calling for an end to the war.

“Peace is very important! Negotiations must begin as soon as possible! Deripaska wrote on Telegram.

Fridman divides his time between Moscow, where the Russian edition of Forbes estimates his fortune at $15.5 billion, and London. The Sunday Times listed him as the 11th richest man in the UK last year.

Roman Abramovich, a Russian oligarch who owns Chelsea football club, said on Saturday he was handing over “stewardship” of the English Premier League club to his charitable foundation.

Although several prominent Russians have expressed their opposition to the war, most of them have come from the ranks of artists such as actress Liya Akhedzhakova, television presenter Ivan Urgant and journalists, including the Nobel laureate of the peace Dmitry Muratov.

Like Fridman, most celebrities have avoided directly criticizing Putin or blaming Russia for starting the war, opting instead to call for a more general end to hostilities.

Fridman and his partners own Alfa-Bank, Russia’s largest private bank, as well as the country’s largest supermarket chain X5 and mobile operator Veon.

Their importance to the Russian economy was underscored on Thursday when Petr Aven, Fridman’s business partner, attended a roundtable of top oligarchs and state business leaders in the Kremlin, where Putin explained his rationale. of the outbreak of the conflict and discussed measures to mitigate Western sanctions.

Fridman, who confirmed to the FT that he sent the email, is also a prominent figure in Ukraine, where Alfa-Bank is one of the country’s biggest lenders, and he funds a memorial for the massacre of Jews of Babiy Yare by Nazi Germany during World War II.

The US and EU are subjecting Alfa-Bank to sanctions that restrict its ability to raise funds by borrowing in international markets, but do not go as far as the measures used to block major state lenders such as VTB of the global financial system.

After selling their stake in oil giant TNK-BP to state-owned giant Rosneft for $14 billion in 2013, Fridman and his partners created LetterOne, which focuses primarily on energy and technology investments.

His holdings also include Holland & Barrett, one of Europe’s largest natural food retailers, which he acquired in 2017 for £1.8 billion.

Fridman told the FT last year that the general environment in the UK for the oligarchs had “deteriorated due to the clash between Russia and the West” but added that “in terms of personal, it became a bit friendlier, because people made a distinction between the general etiquette of the Russian oligarchs and us personally.

Our View: Lake Bottom Restoration is Vital to the Health of Lake Havasu | Opinion