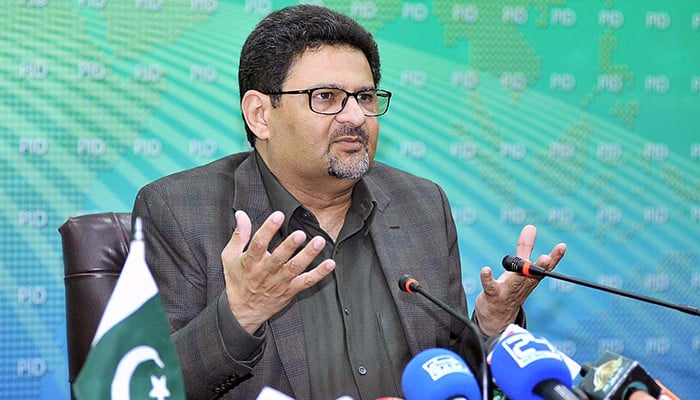 ISLAMABAD: Finance Minister Miftah Ismail on Monday ruled out the possibility of a financial emergency in the country after the government took steps to address the ongoing economic crisis.

In a tweet, Ismail said the country was not facing a financial emergency as the price of petrol had been raised twice – and raised to Rs 209.86, while there was also a massive increase in other petroleum products.

The finance minister, without specifying a date, added that Prime Minister Shehbaz Sharif would at some point announce austerity measures to save public spending.

In an effort to bring economic stability and revive the stalled multi-billion dollar program of the International Monetary Fund (IMF), the government had raised the price of petrol by a whopping Rs60 per liter.

In addition, the National Electric Power Regulatory Authority (NEPRA) last week raised the base electricity tariff of Rs7.9078/kWh for the next financial year 2022-23 — increasing the burden of inflation on the population.

The finance minister also assured last month that the government would reach a staffing agreement with the international lender by June, without specifying an exact date.

Separately, the State Bank of Pakistan (SBP) said that the government and the central bank are taking all necessary measures to ensure macroeconomic stability in the country.

The recent difficult decisions taken by the government – notably the reduction of subsidies on petroleum products – will pave the way for an agreement with the IMF and the release of the tranche and financial assistance from other multilateral agencies and friendly countries.

“We are confident that these measures will relieve the temporary stress facing high global commodity prices and geopolitical tensions, and eliminate uncertainty in the economy,” the central bank said.

In another tweet, the finance minister also said there were “absolutely no plans” to freeze foreign currency accounts, Roshan digital accounts, or take over people’s private lockers.

“We have never even considered these measures. Nor will we ever. Speculation on social media about this is false and comes from biased quarters,” he said.

Prior to the Finance Minister’s clarification, the SBP in a statement refuted rumors that restrictions would be imposed on foreign currency accounts, Roshan digital accounts and safe deposit boxes.

In a statement, the central bank assured all account holders in Pakistan that their accounts and lockers are fully secure and no proposals are being considered to restrict them.

Rbi policy: What will be the impact of a further rise in the repo rate on your loan issuance?