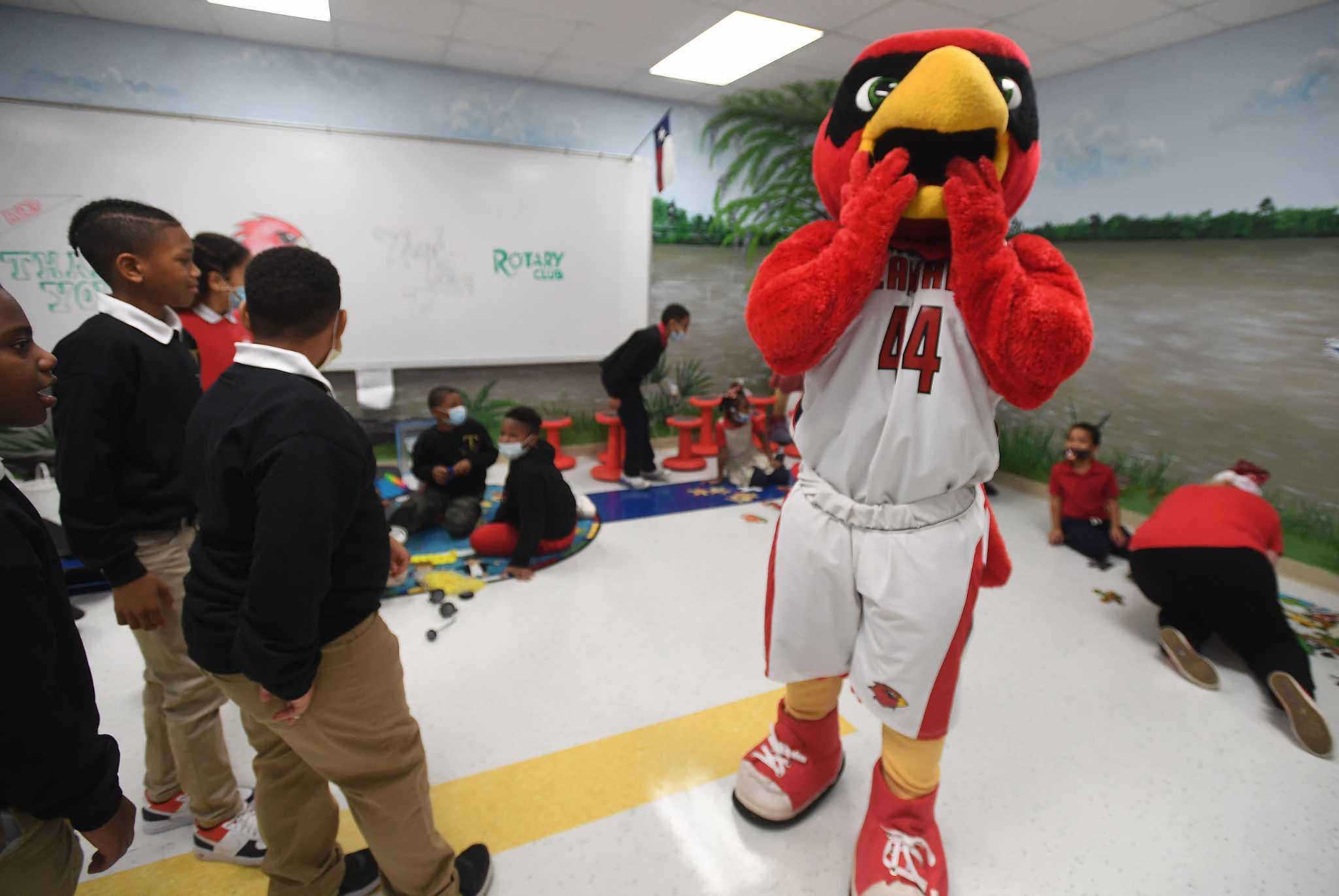 Lamar, partner of BISD to improve the future of students

The hallways of Martin Elementary School were adorned with holiday clothes and Christmas music played softly in the background on Thursday. But it was not Santa Claus, yet present, who made the students smile.

NEST, or Navigating Excellence Success and Triumph, is a safe and technologically advanced learning space for Martin elementary students, said Teresa Simpson, executive director of the Office of Community Relations, Economic Development and Access. students at Lamar University, during the opening on December 9.

â€œThese activities are to take students beyond their imagination, fueled by their curiosity, passion, creative learning, support career exploration and cultivate early academic culture,â€ she said.

Martin Elementary NEST is the fifth space of its kind to open at Beaumont ISD after others at Pietzsch-MacArthur, Blanchette, Charlton-Pollard and Amelia elementary schools. The first three were opened in fall 2019, and the rest have been delayed by the COVID-19 pandemic.

â€œWe had to leave the year before,â€ said Beaumont Rotary Club outgoing president Cindy Cherry. â€œNot being able to do a lot in person, we were just thrilled when we were able to move forward, raise money to sponsor the NEST and then make it a reality for the students in the school. Martin primary. “

The Rotary Club of Beaumont, community partner of Martin Elementary, sponsored the NEST with an investment of $ 15,000. Each BISD campus has its own community partner who helps sponsor the NEST, in addition to certain grants, on their respective campuses.

â€œWe contact the community partner and then they fund it within their means,â€ Simpson said. â€œThen that money goes to the university through our foundation, and we use those funds specifically earmarked for building this Cardinal NEST. “

Simpson said the idea of â€‹â€‹a â€œnestâ€ was â€œa passionâ€ of former Lamar University first lady Nancy Evans, who died in 2018, and she helped design the initial idea.

Lamar University President Jaime Taylor said the Cardinal NEST program “is one of the most important things happening in the country right now.”

â€œFrom my experience as an educator, the learning that takes place at the primary level – I know that is true for me – changes everything,â€ he said. “My personal opinion is that (elementary school is) so much more important than middle school and high school and middle school, because if they know how to learn and how to advance, one of my teachers would always say, you almost can’t give a damn. college level.

NEST is an example of the collaborative partnership between Beaumont ISD and Lamar University and “is a lifelong investment” in the community, District Superintendent Shannon Allen said at the opening.

Allen said the NEST is more than just a classroom – it’s the people who support it who make a difference, too.

â€œIn these interactive learning spaces, you will often find Lamar students and staff tutoring, mentoring and giving back to our BISD students through the SOAR service program,â€ she said. in a press release. â€œYou will also see business partners teaching financial literacy, dental hygiene, STEM activities and other areas of their expertise. This precious time spent with our students, the resources that have been provided and the special space designed for each community on campus will have a lasting impact for years to come.

Although each NEST has similar technological components on each campus, the landscape of each NEST is individualized in its art by local painter Suzette Broussard.

â€œOur concepts come from a think tank – a lot of people,â€ she said. â€œAt (Martin Elementary) in particular, I have had several Rotarians, the principal, right down to the supervisory staff that I have met and worked with – everyone puts their two cents in. just start using my imagination, and I put together a cohesive theme, hopefully, for each room that includes their landscape around their school and their mascot and their creed and whatever they want to incorporate.

The school is located near the Neches River, which features prominently in the art of NEST. In addition, there are trees along the walls, with cardinals in the branches, some even building small nests.

â€œSuzette Broussard is magic,â€ Cherry said. â€œShe creates a sense of belonging that really touched our NEST. She made the river and she made (a) a steamboat with the Rotary wheel in it, and she captured the school. She just connected us in a subtle way, which really made us feel even more part of this Martin family.

The walls and the door leading to the NEST are also decorated, a detail according to Broussard was the idea of â€‹â€‹Anita Frank, deputy superintendent of the elementary administration of the BISD.

“(It’s) an incentive for the kids to see what’s going on in there, and it makes them want to accomplish and do what they need to do to get into the lab,” Broussard said, adding later than at some point, each student should be able to use the lab.

The exterior of the lab featured another special detail for Martin Elementary: a group of tigers, the school’s mascot, sat under the credo: “I am somebody.” I deserve the education I get here. Above the Creed, in the clouds, is another tiger, which represents Kenneth Lamar Haynes, Jr., a former student of Martin Elementary School who died in 2017.

The NEST was dedicated in her honor by Principal Tamara Long.

â€œWe wanted to make sure that Kenneth’s memory and his heart were with Martin for years and years to come,â€ she said at the dedication. â€œKenneth has two sisters who attend Martin Elementary School, and we wanted Kenneth to be here with them every day when they come to school. “

As some attendees began to shed tears at the emotional dedication, Haynes’ mother Shanice thanked the community and the school for all they had done for her family.

â€œIt means a lot to me,â€ she said. â€œI like Martin, I like Lamar. They have supported me so much from the start that everything happened to my son and the fact that he will be a part of the school forever. It really made me cry, tears of joy. It’s bittersweet. I really miss him – we miss him every day, but to see the positive things that come out of it it really means a lot.

The NEST Cardinal are more than a technologically savvy room in an elementary school. They represent the education of future generations, Taylor said.

â€œEvery time I go to one of these primary schools, it gives me hope for the future,â€ he said. â€œThere is a huge feeling of excitement and the kids are so excited. The community is excited. I understand, there are so many bad things going on in the world. This is what gives you hope.

There are five more NESTs slated to open in BISD in 2022 at Dishman, Regina Howell, Fletcher, Homer and Guess elementary schools. And, according to Lamar’s website, there are plans to expand NEST beyond BISD into Hamshire-Fannett and Hardin-Jefferson ISDs.

Why Do Mortgage Lenders Want an Appraisal Before Buying or Refinancing?