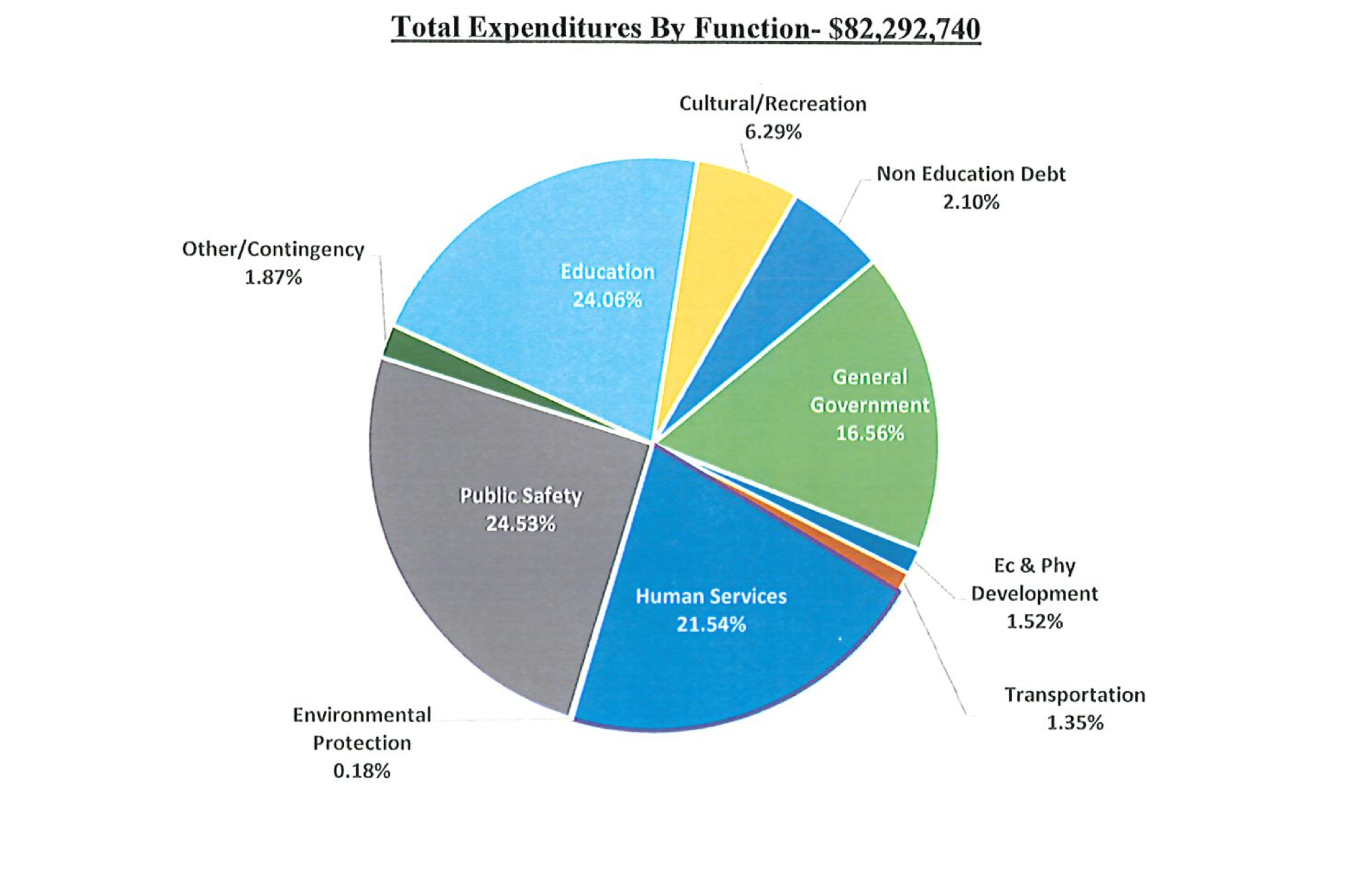 Jackson County Executive Don Adams presented his recommended budget for the 2022-23 fiscal year to the Jackson County Board of Commissioners, totaling $82,292,740. Adams informed Commissioners that the budget is 8.39% ($6,372,313) higher than the current year’s budget, with increased spending coming from increased revenue streams as well as a proposed increase tax of two cents. Adams’ budget recommended raising Jackson County’s Ad Valorem (property tax) rate from 0.36 to 0.38.

Most of the two-cent tax increase would be used to pay debt service for the construction of the new swimming pool which was approved by voters in a referendum last year. At $1.9 million, paying debt service represents the majority of funding priorities for the county’s facilities capital improvement plan.

To focus on recruiting and retaining employees, Adams’ budget includes a one-step salary increase for all employees.

“It is recommended that all employees move up one step in the current rank and step plan,” Adams said. “This action is necessary to maintain the career path system. Approximately $385,004 is budgeted to implement a one-step raise for all employees.

Although the budget includes a one-step increase, the current proposal does not include a COLA (cost of living adjustment) for employees.

With public safety being the largest line item, a large portion of the budget includes $336,000 to replace eight vehicles within the Jackson County Sheriff’s Office.

Capital needs across the county, but primarily in public safety, will cost the county nearly $2.5 million. The new equipment will cost around $1 million and will include computers, servers, printers and software; garage, cleaning, grounds maintenance and recreation equipment; law enforcement radios, cameras, body scanner and emergency communications equipment.

“It is recommended that the majority of these expenses be deferred until the audit is complete,” Adams said.

The proposed budget allocates $2.5 million to Southwestern Community College, a 5.5 percent increase over the previous fiscal year, and $1.2 million to the Fontana Regional Library System, which operates both the Jackson County Library and the Albert Carlton Library in Cashiers.

Adams’ budget includes a 7.4% increase in allocations to the Volunteer Fire Departments of Canada, Savannah, Balsam and Qualla and the Glanville-Cashiers and Jackson County Rescue Teams, funds from consideration being available for equipment purchased under a grant.

The Sylva Fire Department is set to be funded at $1,074,290 at the request of the Sylva City Council. The funding will allow the department to have paid members on staff 24/7. The proposed funding amounts would be used to fund eight full-time firefighters.

The Cullowhee Fire Department is funded at $1,076,789, which he requested. This will allow the department to continue to have paid members on staff 24/7.

The Jackson County Board of Commissioners has scheduled a public hearing for the proposed budget for 5:55 p.m. on June 7.

Miss Manners: I’m a school principal and my parents give me too many presents