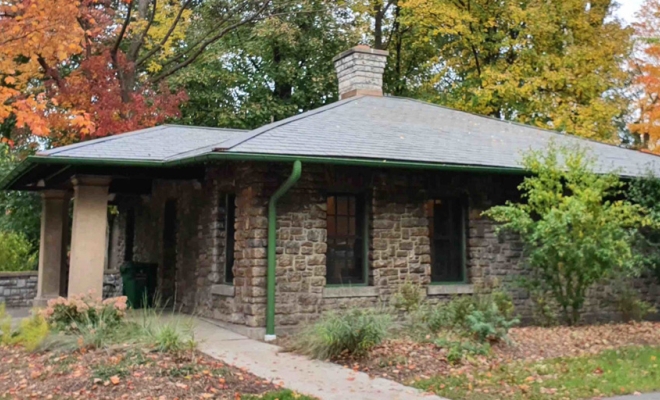 Governor Kathy Hochul today announced a $30.1 million milestone in New York State support for beautification and improvement projects in parks and trail systems along along the Buffalo and Erie County Greenway. The financial commitments were made by the New York Power Authority over 15 years as part of the new license for the Niagara Power Project, the state’s largest power producer. Photos of the beautification and improvement projects are available here.

“Western New York is home to world-class parks and trails that showcase the natural beauty and recreational opportunities our state has to offer,” Governor Hochul said. “I am proud to celebrate this milestone of this financial commitment to Buffalo and Erie County, which supports local initiatives and community projects that will improve and beautify the region – and my hometown – for future generations of New Yorkers.”

The Buffalo and Erie County Greenway Fund Standing Committee, which distributes $2 million in awards each year, celebrated its 15th anniversary today at the Buffalo Scholastic Rowing Association. There, a $61,000 adaptive rowing project was funded to provide waterfront access for people with special needs. In total, the committee distributed 99 awards totaling more than $30.1 million for beautification and improvement projects along the Niagara River Greenway in Buffalo and Erie counties.

New York Power Authority Chairman John R. Koelmel said: “This funding benefits the entire Western New York area by supporting community efforts that highlight the area’s many natural, historic and cultural assets near the shore. The New York Power Authority is pleased to support such a wide range of improvements and restorations in the Niagara River Greenway, because each of these projects exemplifies New York State’s commitment to improving the community environmentally, recreationally and economically.”

The funding is intended to preserve, enhance and develop the natural, historic, cultural and recreational resources of the 36-mile Niagara River Greenway which spans the full length of the Niagara River and encompasses an area of ​​237 square miles in Niagara and Erie counties. Improving parks and improving the network and access to trails are key elements of the projects selected for funding.

The committee receives funding from the New York Power Authority as part of the settlement agreement related to the 50-year federal license for the Niagara Power project in 2007. Over the term of the license, the committee receives $2 million per year. The committee is made up of a representative from Erie County, the City of Buffalo, Buffalo Olmsted Parks Conservancy and the New York Power Authority. Another $7 million in annual funding is distributed through three other standing committees to support the Niagara River Greenway – a linear system of national and local parks and conservation areas linked by a network of multi-use trails.

During the 50-year agreement, the New York Power Authority will provide more than $1 billion to Western New York. In addition to supporting the development of the Niagara River Greenway, benefits include monetary payments to local municipalities, state agencies, an Indian nation and school districts. The New York Power Authority also makes payments for the construction of other recreational projects and environmental improvements related to the license. In addition to the monetary benefits, 32 megawatts of low-cost hydroelectricity was allocated to multiple settlement partners saving beneficiaries up to 75% in energy cost.

Greenway Committee Chairman, Erie County Representative and Erie County Department of Environment and Planning Commissioner Daniel Castle said: “A key component of each of the projects awarded by the Greenway Committee has been enriching parks, expanding trail networks and connecting people and communities to the Niagara River.”

Representative Brian Higgins said: “The federal license renewal settlement with NYPA that we fought for will have a lasting impact on Western New York, both through the projects advanced by the Buffalo and Erie County and Niagara River Greenway committees, as well as “to the significant commitment of funds that continues to support Buffalo’s waterfront transformation. It’s great to recognize the culmination of public improvements to date as we look to celebrate the many more investments to come.”

State Senator Sean M. Ryan said: “Western New Yorkers know that easy access to the waterfront and our many great parks are some of the things that make our hometown so special. Over the years, NYPA contributions have funded a number of projects that showcase the natural beauty of our region and encourage people to get out and enjoy the outdoors. Improving public access to these natural assets has created a lasting positive impact on our region .

State Senator Tim Kennedy said: “Buffalo and Western New York are better places to live, work and enjoy the outdoors thanks to investments from the Buffalo & Erie County Greenway Fund. Our waterfront has never been more engaging, and visitors and residents have never had more opportunities to interact. without world-class natural resources. I am grateful to the dedicated members of Greenway Fun who have worked hard to allocate these funds over the past 15 years, and I am excited to see what projects will follow.

Assembly Member Crystal Peoples-Stokes said: “I want to thank and congratulate the New York Power Authority, the Buffalo and Erie County Greenway Fund Standing Committee, and all of the volunteers and support staff for reaching this milestone. From sanitation, to recreation and to beautification – this $30 million investment will continue to have a positive environmental impact that will ripple through generations to come here at WNY.”

Assemblyman Jon D. Rivera said: “Having recently celebrated 15 years of service to the beautification of our region’s trails and parks, the Buffalo and Erie County Greenway Fund Standing Committee has consistently demonstrated its commitment to improving accessibility to the West’s greatest asset. New York – its natural resources. I want to thank Governor Hochul for enabling these environmental improvements through their dedication to the long-term vision of the Greenway Fund.”

Assemblyman Patrick Burke said: “As chair of the NYS Assembly’s Great Lakes Watershed Task Force, I know how valuable investing in natural habitat restoration and recreation can be. We are seeing a growth, but we’re also seeing that it’s being done the right way.”

Assemblyman Bill Conrad said: “This is a remarkable milestone for the Greenway Fund, which has so conscientiously supported the beautification, preservation and accessibility of our waterfront parks, including here in my 140th Assembly District. well-maintained, well-appointed, and well-connected are good for residents and visitors, the economy, and the environment. I applaud NYPA, the Board, and their partners for their commitment to keeping the city vibrant and amenable. Niagara River Greenway, one of Western New York’s best natural assets.

Erie County Executive Mark C. Poloncarz said: “The Buffalo and Erie County Greenway has been transformed over the past fifteen years with the investment of more than $30 million in NYPA funding. Improved waterfront access, reinvigorated local economies along the Niagara River corridor and significantly improved recreational opportunities for residents and visitors to enjoy year-round demonstrate what can happen when people work together for the good of the whole community. These and future improvements will preserve and protect this vital natural resource and improve our region for this generation and the next.

The committee announced $2 million in March for eight beautification and improvement projects on the Buffalo and Erie County portion of the Niagara River Greenway. Projects included an accessible trail at Tifft Nature Preserve, restoring a grand staircase and improving a shelter at Delaware Park, and renovating the solar-powered Buffalo Heritage Carousel.

Past funding projects include a series of improvements to Buffalo Centennial Park, involving the restoration of the seawall, beautifying the surrounding area and making it more user-friendly, and the development of trails to connect greenway sites along the shore to the new pedestrian and bicycle bridge. At Olmsted Park in Erie County, a trail has been restored in Rumsey Woods to provide safe access through Delaware Park to Delaware Avenue, the Jesse Kregal Pathway and Shoreline Trail, and ultimately East Buffalo.