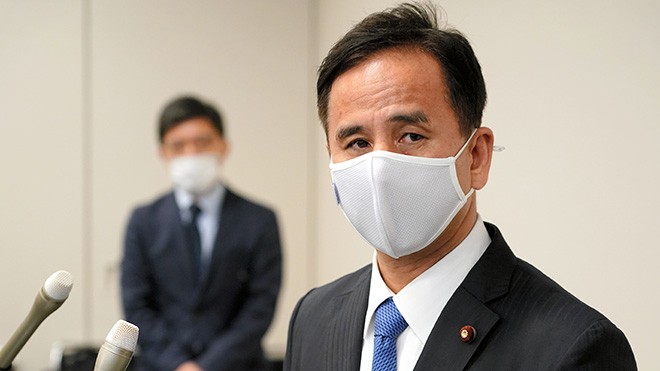 A former lawmaker with junior coalition partner Komeito and an aide to another former lawmaker from the same party, along with two others, were charged on December 28 for illegally arranging government guaranteed loans.

According to investigative sources, all four admitted to the charges and their involvement in paying or receiving money.

Toyama issued a statement through a lawyer and said, â€œI have solemnly accepted the situation and have given it serious thought. I sincerely apologize to the people as an individual in public office. I will also sincerely respond to a trial in the future.

Shibuya also released a statement through his lawyer and apologized.

According to the prosecutor’s office and other sources, Toyama single-handedly negotiated a total of 82 loans, including special loans, which the Japan Finance Corp. grants to companies that have suffered financially because of the novel coronavirus, from March 2020 to June 2021.

Toyama also conspired with Maki and illegally arranged a total of 29 loans from April 2020 to January 2021.

Toyama was deputy minister of the Ministry of Finance, which holds jurisdiction over Japan’s finance, from September 2019 to September 2020.

Shibuya and Kawashima are also accused of conspiring together on a total of 87 loans without registering as a money lender as required by the law of June 2019 and April 2021.

Shibuya received around 10 million yen as a reward.

Toyama spoke to a company through two of his public assistants about a person who was in charge of loans at a branch of Japan Finance in a region where the company is located.

Prosecutors have investigated the two former collaborators, suspected of helping to violate the law on the control of money lending.

But they did not charge them.

Toyama resigned his Diet seat in February this year after it was revealed he visited a club in Tokyo’s Ginza district during the state of emergency.

Keiichi Ishii, secretary general of Komeito, issued a statement criticizing Toyama for his involvement in the loan scandal.

“It is an unacceptable thing to do as the legislator of Komeito and it is very regrettable,” he said in the statement.

Infra.Market has $ 53 million in debt from over 100 investors

Sahara has yet to deposit all of the money ordered by SC, says SEBI chief