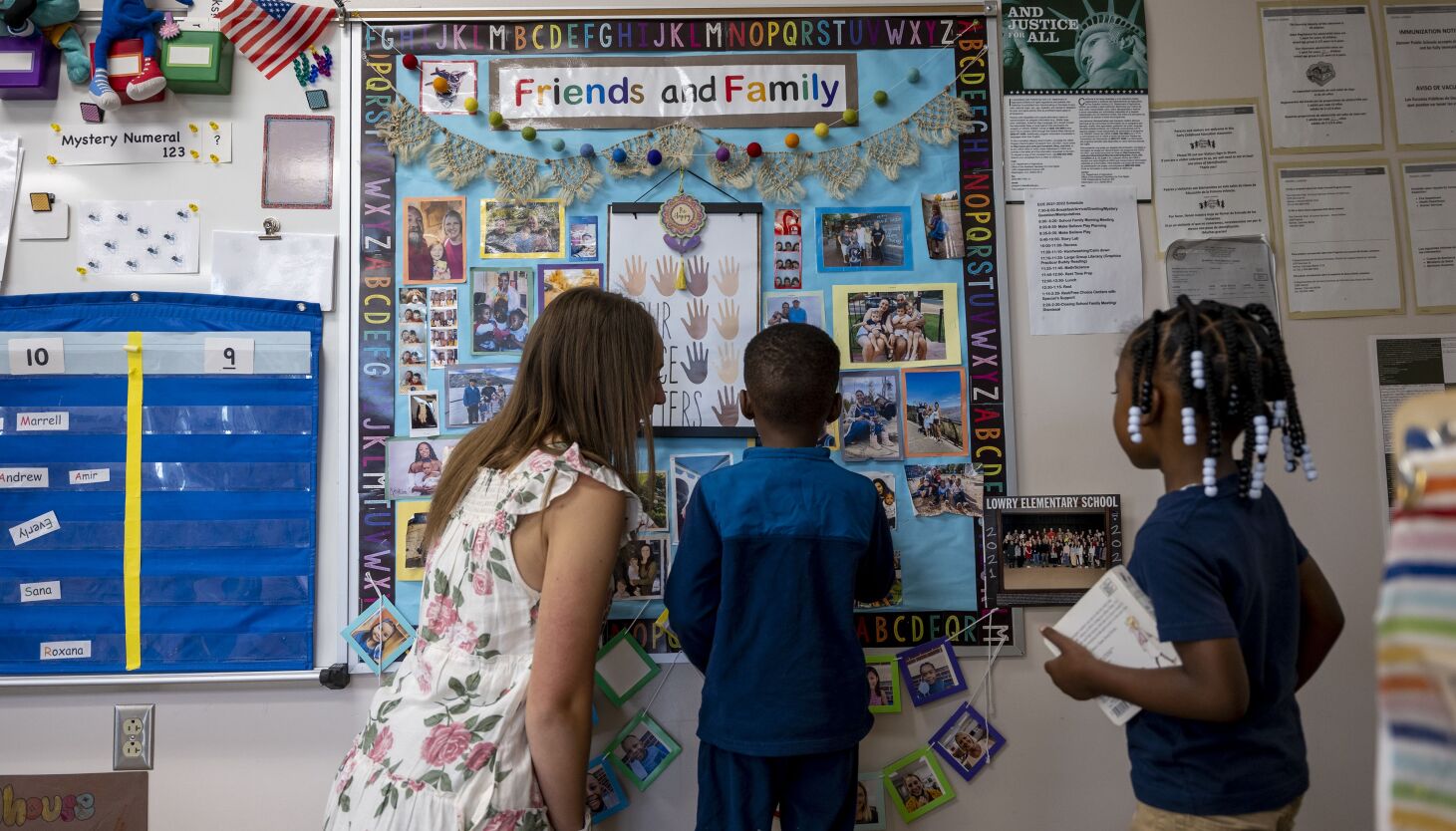 Teacher vacancies and hiring headaches are a reality in many Colorado school districts these days.

A Denver-based nonprofit hopes to relieve some of those pressures by expanding its alternative licensing program and hiring new teachers to stay in their district for three years.

The Public Education & Business Coalition’s plans are part of a new initiative that builds on “pay for success” financing, a financing mechanism in which outside investors cover upfront costs and are repaid later with loans. public money if certain objectives are achieved. The three-year project aims to reduce teacher turnover and reduce the costs associated with recruiting, onboarding and training new teachers.

This year, 35 future teachers and seven districts, including Aurora, Adams 12 and Durango, are participating in the project. In three years, the leaders of the coalition seek to recruit 335 new teachers, including a significant number of teachers of color.

“The fear is that there are more teachers leaving the profession than entering it,” said Brett Johnson, Aurora District Chief Financial Officer. “We are leveraging this pay-for-success model in hopes of recruiting and retaining quality teachers.”

Pay for success funding — also called social impact bonds — has gained traction across the country over the past decade as a way to pay for social programs that pay long-term dividends but are expensive to launch. Generally, if such projects do not generate the expected savings or do not meet certain measures, outside investors lose all or part of their money.

A recent project that funded housing and support for chronically homeless Denver residents has been particularly successful, reducing jail, rehab, and emergency room costs. An investor in this project, Northern Trust, is one of three investors in the coalition project. The Gates Family Foundation and the Denver Foundation are the other two.

The Coalition’s longstanding teacher education program is one of dozens of alternative teacher preparation programs in Colorado. These programs typically provide in-service training to prospective teachers who already have a bachelor’s degree. The program does not charge tuition, but participants must cover their living expenses during their training year.

The three investors will provide $1.4 million to cover costs associated with the year-long teacher residency program. The residency places participants in Colorado classrooms under the supervision of an experienced teacher and provides training outside of the classroom.

Normally, school districts pay up to $18,000 to place one of the coalition’s resident teachers in their classrooms. Under the Pay for Success initiative, districts pay only about a third of that amount up front. If the resident completes the three-year commitment — one year of training plus two years of teaching in a district classroom — the district will make another payment. If the resident leaves before completing three years, the district is off the hook.

Johnson said part of the appeal is that the model shifts the initial financial risk of teacher turnover from the district to project funders. Additionally, he said the lower upfront costs of placing trainees make it easier for districts to increase the number of placements.

Evan Kennedy, the coalition’s senior director of policy and strategic initiatives, said his group had been talking with school districts for two years to figure out what they needed from the project.

District leaders told the coalition: “If you can help us retain these teachers for three years, we are confident that we can keep them for the long term,” he said.

In addition to defraying upfront school district costs, the Pay for Success project will pay resident teachers a $5,000 incentive during their training year. This is in addition to state funding, scholarships, and other dollars that help resident teachers with living expenses while in training. Residents who do not complete the three-year term will pay a financial penalty based on time spent.