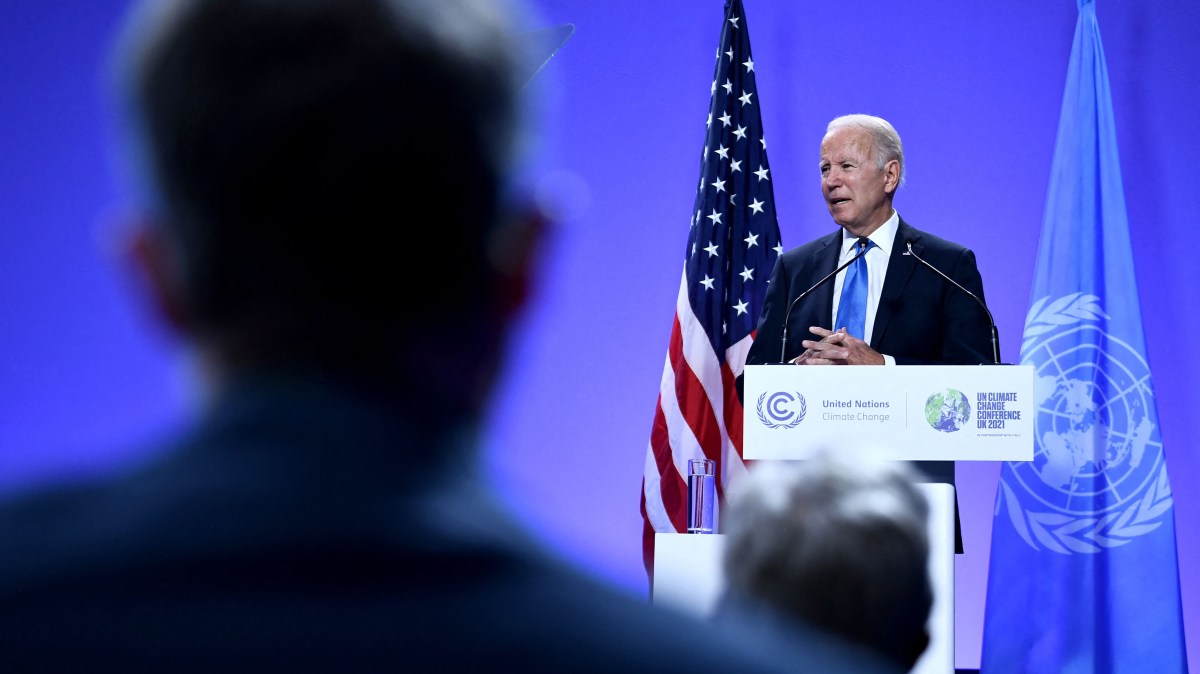 Addressing the COP26 meeting in Glasgow today, President Joe Biden said there was an urgent need for high-quality, climate-friendly infrastructure in developing countries, and that some of the advanced economies of the world would finance this infrastructure on a global scale.

This is part of the â€œBuild Back Better Worldâ€ initiative of the White House and the leaders of the G-7 countries. announced in June, with a focus on climate, health, digital technology and gender equity and equality.

Biden said he wanted to offer developing countries a transparent alternative to â€œdebt and corruption traps,â€ an indirect reference to China’s â€œBelt and Roadâ€ initiative.

The loan for the realization of these projects has been criticized for its lack of transparency and respect for social and environmental concerns, offered “often with political or foreign policy conditions vis-Ã -vis Taiwan, or simply that benefit of the borrowing country, â€Posen said.

Posen said the United States and other advanced economies are no strangers to the political terms of loans. “To be fair … it’s not as if the US and the G-7 haven’t done this sort of thing to Ukraine or Israel or, for that matter, Taiwan.” , in the past, the other way around.

But when it comes to protecting the interests of developing countries, the United States and the G-7 are members of the Paris Club Treatment, a group of creditor countries focused on finding viable solutions facing debtor countries. China is not a member, and its Belt and Road loan agreements have prohibited borrowing countries from seeking assistance there.

â€œIf you are in trouble, you cannot reach out to the international community and say, ‘Help, we want to refinance this loan,’ said Jennifer Hillman, senior fellow at the Council on Foreign Relations.

The authors of the report warned that the Belt and Road Initiative “also promotes exclusive dependence on Chinese technology and draws countries into closer economic and political relations with Beijing,” and argue that the Build Back Better World initiative is not enough.

There is also a geopolitical concern for the United States, according to Zeno Leoni, professor at King’s College London. â€œThe United States is concerned that China, with all its investments through [Belt and Road] is sort of attracting countries that have historically been very close allies of the United States to its sphere of economic influence, â€he said.

European allies have not been as hawkish towards China as the United States has in recent years, Leoni said. The emphasis on shared values â€‹â€‹around climate change is one way to bridge this gap.

Concerns about China aside, “the G-7 should do it anyway,” said Posen of the Peterson Institute, “because due to the aging of our societies and the opportunities that exist in the world, so The need expressed by climate change and the pandemic for developing countries to be more stable and better supported It is in our interest to finance and encourage private investment in these countries.

If the United States and the G-7 countries are to do this and offer an alternative to the Chinese Belt and Road Initiative, they will have to convince their private sectors to follow them – this is where it would mainly come from. funding, said Jonathan. Hillman, Principal Investigator at the Center for Strategic and International Studies.

â€œThere is a lot of money on the sidelines. Something needs to be done, however, to make investing in some of these projects more attractive to investors, â€Hillman said.

This is where the details are limited right now – what kinds of incentives could be put together to connect money in the United States and its advanced economy allies with the needs of the developing world.