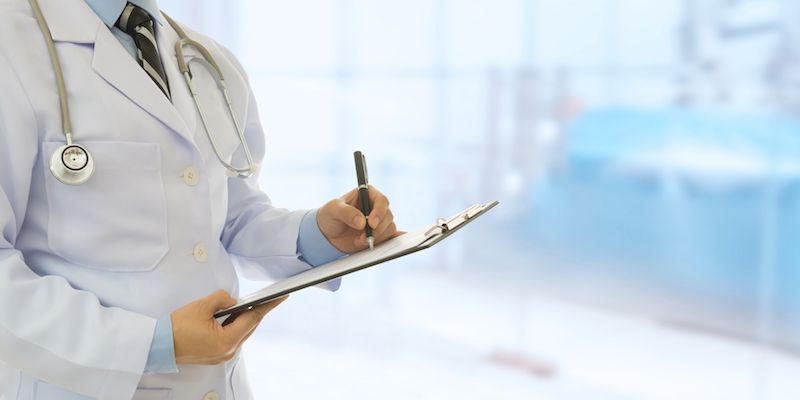 Effective messaging about the value of responsible care organizations (ACOs) is a key strategy if CMS and the National Association of ACOs are to achieve ambitious goals, leaders of the two organizations said Thursday.

A range of topics, including health equity, messages about value-based care and accountable care organizations (ACOs), and the thorny issues of physician payment, were all part of a discussion during of the first day of the 2022 NAACOS Fall Conference.

After delivering the opening plenary on Thursday, CMS Administrator Chiquita Brooks-LaSure answered questions from Clif Gaus, ScD, President and CEO of the National Association of COAs, as well as some from the public, starting with equity.

Almost a year ago, CMS released its “refresh” to its Innovation Center strategy focused on streamlining model implementation and integration over the next decade and social determinants of health by prioritizing the inclusion of underserved populations and integrating health equity everywhere. As part of the Affordable Care Act, the Center for Innovation (or CMMI) was created in 2010 and sought to transform Medicare and Medicaid into healthcare systems that are more focused on value-based care.

In her plenary session, Brooks-LaSure discussed lessons included in a white paper from the past 10 years and strategies for the future, which envisions that by 2030, every Medicare beneficiary will receive their care from an ACO.

Health care industry players may have talked about equity issues a decade ago, Brooks-LaSure said, but they didn’t use the word because there was no ‘shared appreciation’ of what that means. COVID-19 changed all that, she said.

With health equity in the health care lexicon, Brooks-LaSure said it must become sustainable so that it is not subject to political whims.

To advance equity and other issues, she said on Thursday, it means that “every time we look at a policy, we have to ask ourselves the question, are we only going to benefit the people who have the best access to health care coverage? Programs need to be designed in such a way that those who are underserved can actually access them, she said, and in this regard, CMS is re-examining everything they do.

Partnerships, especially with organizations that are what she calls “adjacent health care,” can help health system executives and providers who feel stretched to help achieve these new goals, Brooks-said LaSure.

Meeting the nutritional needs of food-insecure patients is one example that such a partnership could help, she said, while acknowledging that better and more consistent data is needed to achieve these goals, which requires understanding which interventions are most effective. efficient and using the funding in the most efficient way possible.

Moving on to a different topic, Gaus spoke about the difficulty of communicating the message of ACOs and how they benefit Medicare for policy makers, and sparked laughter and applause from the audience in person when he said private Medicare Advantage (MA) plans appear “to get all the attention and get all the money,” adding, “it’s not an anti-MA issue.”

“We feel like a sort of ‘lost child’ doing everything that has been asked of us, but not being recognized for it in public policy. So, I’m just curious, what do you think? he asked, particularly on how ACO stakeholders can improve communications.

It’s a topic under discussion at CMS, Brooks-LaSure said, saying the problem starts with the phrase value-based care, she said.

“That kind of language only resonates with a certain part of the healthcare system. People don’t know what that means. Beneficiaries have no idea what this means. And if they make sense, it’s usually a negative reaction. That means you’re going to cut my benefits. And so I think we have to talk about responsible care in a very different way.

One communication shift to make is to present issues through the eyes of beneficiaries, she said.

“I think it’s really important for all of you, as you show your leadership, your members of Congress, your state officials, to really talk about this through the prism of what it means to the people that you serve,” she said. using the example of an integrated service that combines pediatric, mental health and obstetrics/gynecology services in one location to better serve mothers and children.

Gaus asked about the challenges she foresees in reaching the goal of having 100% of Medicare beneficiaries in an ACO by 2030, and Brooks-LaSure again touched on communicating the message in a way that that it is received as expected. This means making sure patients see ACOs as a good thing and not a threat, making sure the underserved are included, and aligning incentives so doctors want to join.

At the mention of incentives, Gaus brought up the impending payment reductions for vendors. A 5% bonus for doctors who participate in advanced alternative payment models is due to expire at the end of this year unless Congress extends it.

In addition, CMS’s proposed Medicare physician payment schedule for 2023 includes another range of payment reductions. Under the proposed rule, CMS proposed a nearly 4.5% reduction in the so-called conversion factor for each relative unit, which is the calculation of how suppliers are paid. In addition, specific services are scheduled for reductions, and there would be mandatory reductions under sequestration rules; these cuts have been paused for the past 2 years due to the pandemic, but are expected to resume.

Brooks-LaSure said paying the bounty is part of the president’s budget, but noted there are “so many competing priorities in health care and across government,” which is why a Effective messaging is so important, she said.

After years of success, schools have an opportunity to tackle learning loss