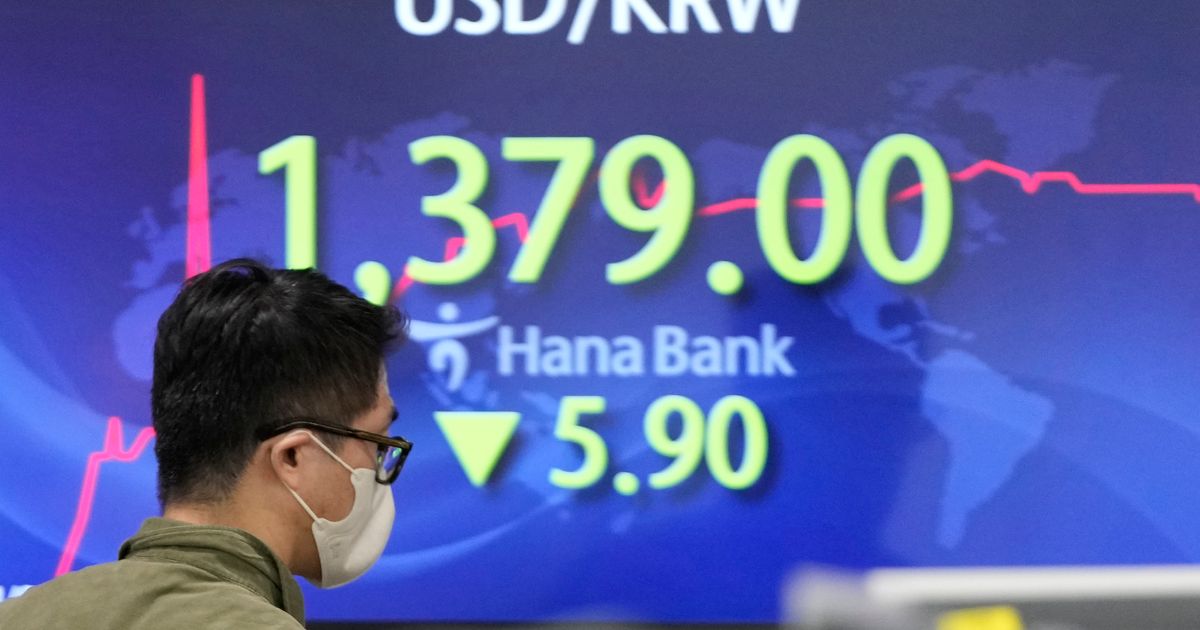 BANGKOK (AP) — Asian stocks were mixed on Wednesday as investors awaited the outcome of the U.S. midterm election and a major inflation update expected later in the week.

Tokyo’s Nikkei 225 index fell 0.6% to 27,716.43 after the Cabinet on Tuesday approved a supplementary budget of 29.1 trillion yen ($190 billion) to fund the economic stimulus planned for the third largest economy in the world.

Chinese markets fell after the government announced consumer price inflation eased to 2.1% in October from 2.8% in September. Producer price inflation (PPI) fell into deflationary territory, falling to minus 1.3% from 0.9% in October, the 21st month in a row, an even stronger sign that the No. 2 economy is slowing.

All eyes were on the election, which could determine what is done in the next few years in Washington, and perhaps beyond.

Americans were voting at a time of high inflation and recession warnings and analysts say investors seemed to be betting Republicans would take control of at least one chamber of Congress. That, combined with a Democratic White House, could hamper progress on legislation and increase the risk of a funding crisis for the federal government.

If Republicans do eventually take control of at least the House of Representatives, the ensuing reaction in financial markets could be modest since stocks have already rallied in anticipation of such a move. A surprise victory for the Democrats could upset the market if investors expect higher corporate taxes and other policy changes.

But a Republican victory could also mean less help from Congress in a possible recession than under a Democratic-controlled Congress. And economists predict a slowdown in the coming months as interest rate hikes aimed at tackling inflation dampen business activity and spending.

The big milestone for markets this week as US election day could be Thursday’s inflation report, which will affect the rapid interest rate hikes the Federal Reserve is applying to keep inflation under control.

By raising rates, the Fed intentionally slows down the economy by making it more expensive to borrow money. High rates also tend to depress the prices of stocks and other investments while increasing the risk of recession.

The Fed has already raised its overnight rate to a range of 3.75% to 4%, from virtually zero in March, and more investors expect it to rise above 5% next year. .

They fell with crypto prices after the world’s largest crypto exchange by daily volume, Binance, said it intended to buy one of its biggest rivals, FTX.

Binance is making the purchase to help FTX deal with a crisis where users withdrew money amid fears over its financial strength. It was the latest crisis of confidence to hit the crypto industry this year, as prices fell in part due to concerns about rising interest rates.

In other trading on Wednesday, the benchmark U.S. crude fell 33 cents to $88.59 a barrel in electronic trading on the New York Mercantile Exchange.

Brent crude, the international price standard, fell 25 cents to $95.11 a barrel in London.