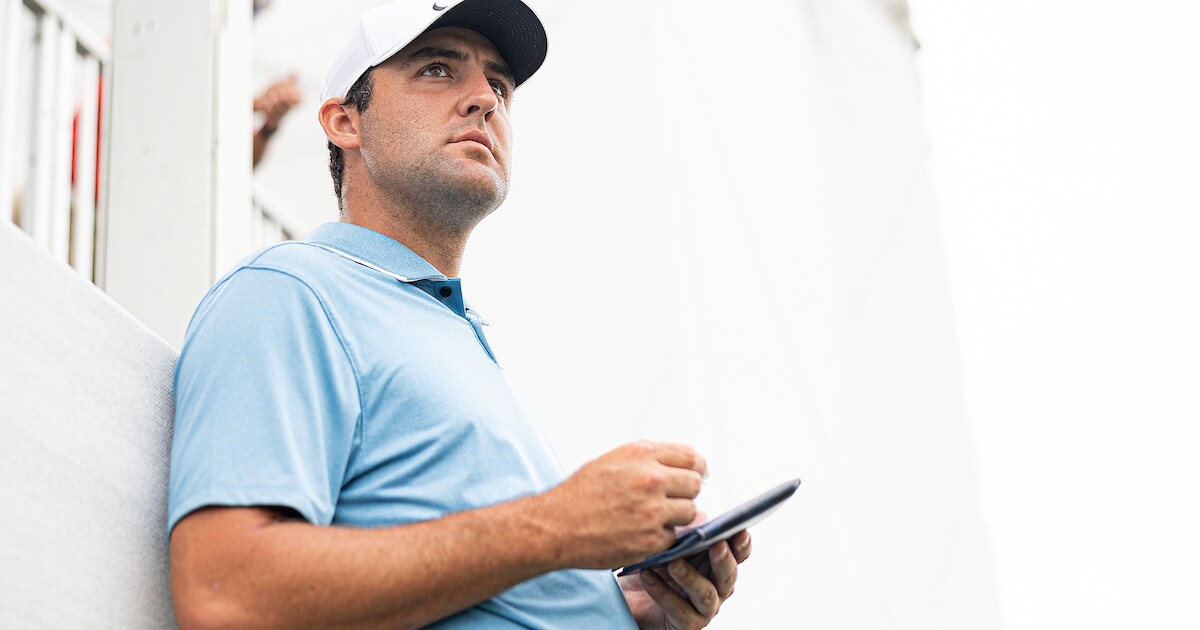 question of the week [Sept. 5-11]: The PGA Tour nominees for player of the year are Rory McIlroy, Scottie Scheffler and Cameron Smith. Which player is the most deserving and why?

My vote would be with Rory McIlroy. Scottie Scheffler and Cameron Smith have been superbly outstanding this year and have made some very exciting television. Cameron’s move to LIV was disappointing and colors my feelings. Scottie has so far held firm with the PGA Tour. Rory not only played exceptionally well, but demonstrated that his belief in his own principles was more important than the money (not that he needed it). There is no doubt that Rory and Tiger Woods will be powerful influencers for positive change on the PGA Tour in the future, but they have also demonstrated their appreciation and loyalty for the principle of “dance with them who have you.” bring”.

For player of the year, I would choose: 1, Phil Mickelson; 2, Dustin Johnson; 3, Cameron Smith.

Phil Mickelson: For pointing out the deafness of PGA Tour management and risking his legacy by moving to LIV. Yes, he was richly rewarded for it, but now we see how the PGA Tour is following LIV’s lead on some things – money, limited courts, fewer “big” tournaments, etc. And for the history of professional golf, I hope Phil’s legacy is intact.

Dustin Johnson: To be the big name that he is, and still, kind of at his peak, go to LIV. The guy can still set it up with anyone on any tour and got people to notice LIV.

Cameron Smith: For showing that it’s not just “all the old and the anonymous” who go to LIV. After winning the British Open, it will force the majors and the Official World Golf Rankings to consider the inclusion of LIV players.

You didn’t ask, but I’m going to suggest another controversial, but fun topic. Since the PGA and DP World Tours appear to be aiming to destroy the Ryder Cup, let’s see a PGA vs. LIV competition in a Ryder/Presidents Cup format. Looking at the leaderboard from the recent LIV event in Boston, my reaction was “Wow, there are a lot of big names on this list.” There are a slew of LIV players who shine in match play – Patrick Reed, Sergio Garcia, DJ, Smith, Joaquin Niemann, Anirban Lahiri, Bryson DeChambeau, Brooks Kopeka, Abrahma Ancer, Martin Kaymer, Ian Poulter, Marc Leishman, Lee Westwood, Louie Oosthuizen, Paul Casey and Kevin Na.

It would be a great show. We know the PGA Tour would never do that because if they lost they would have to stop bragging about having the best players. Maybe a little humility would go a long way to mend the fences between touring and players.

Is this the perfect time to ask, “Is this reward still about monetary gains and benefits?”

I think of Rory McIlroy because of his impact on all the events of the year.

Cameron Smith should be Player of the Year as he won the Players Championship, which has the strongest field. And he capped it off by winning the Open Championship, which is another very strong area. Playing against 29 guys in the FedEx Cup is weak.

I vote for Scottie Scheffler

Rory McIlroy, no doubt. He was the representative of the PGA Tour in every way. And despite all that extra work with the media, he improved his game and played great golf until the end of the season. I am a renewed fan of this gentleman.

Player of the Year: Scottie Scheffler
He won four times and became No. 1. Enough said.

Scottie Scheffler for player of the year. His four wins, an all-time single-season cash record and a handful of high finishes edge Cameron Smith. How about Rory McIlroy for PGA Man of the Year? All for his work with the media in support of the PGA Tour, as well as some great plays on the course.

Tough call between Scottie Scheffler and Rory McIlroy. Obviously, with Cameron Smith migrating to LIV, he’ll likely be next in terms of Player of the Year. They took away his photo and his parking spot at TPC Sawgrass, so I’m not giving him much of a chance of being elected. Scheffler and McIlroy have strong merits and certainly with McIlroy winning the FedEx Cup he is definitely receiving strong consideration. At the end of the day, however, I have to give Scottie the green light. I think week after week over the year he demonstrated everything you want a champion to be and more. So count on me for a vote for Scottie.

The first call invites readers to comment. Write to the editor Stuart Hall at [email protected]. Your name and city of residence are required to be considered for publication. If your comment is selected for publication, The First Call will contact you to verify the authenticity of the email and confirm your identity. We will not publish your email address. We reserve the right to edit for clarity and brevity.

What are the signs that I need a new bank?