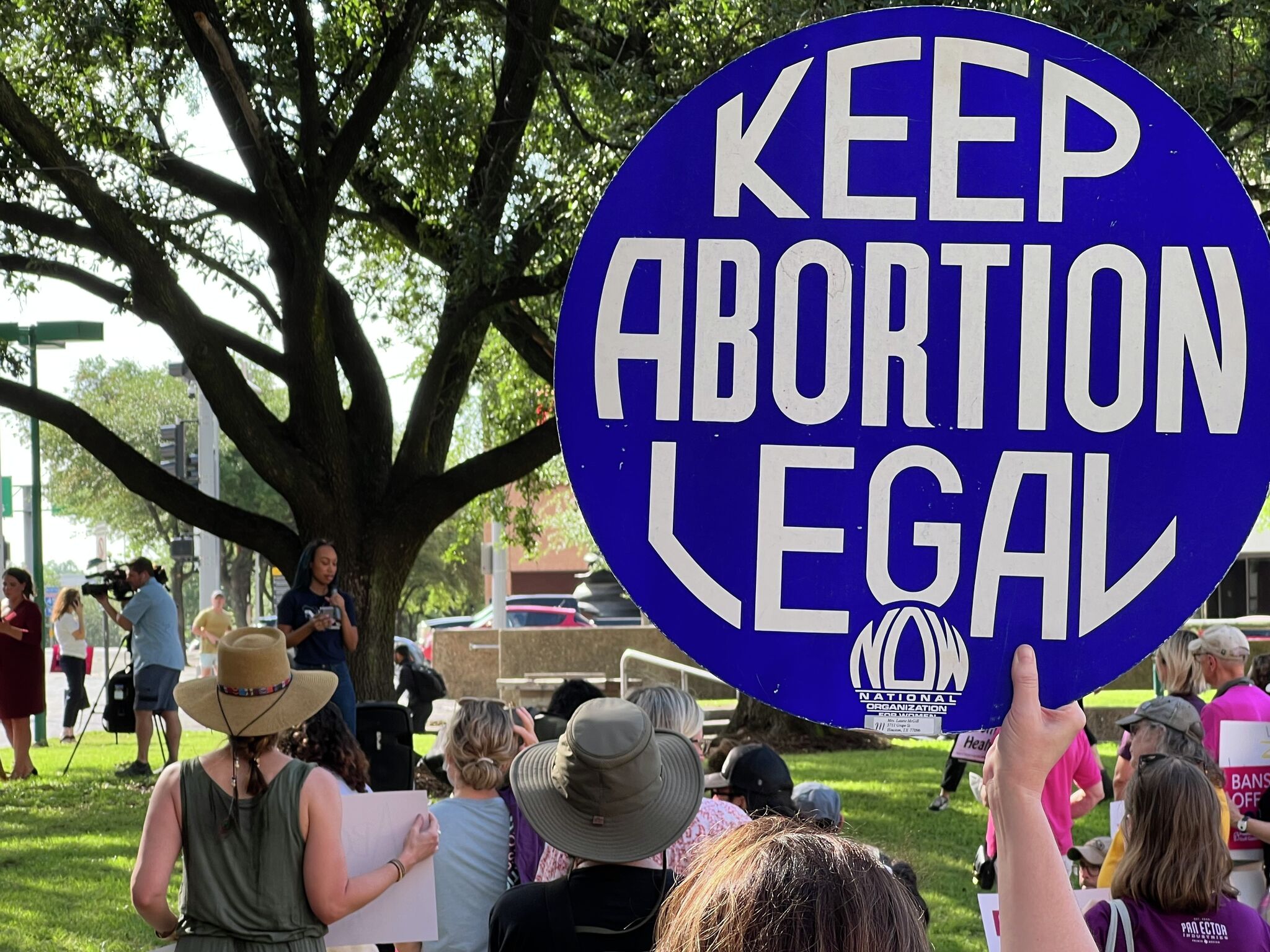 A coalition of abortion rights groups in Texas sued state Attorney General Ken Paxton on Tuesday to protect their right to help Texans obtain abortions in states where the procedure is still legal .

The federal class action lawsuit, filed in Austin, lists in addition to Paxton a number of county and district attorneys across Texas who are now empowered to prosecute abortion providers under the state’s “trigger law.” state, which has been in effect since Thursday and is an almost total ban on the procedure.

The lawsuit argues that the groups’ right to spend money to pay Texans to travel out of state for abortions is a constitutionally protected form of free speech under the First Amendment. Although neither of these groups has yet been sued under the ban, according to the lawsuit, they have been legally threatened with lawsuits by Texas lawmakers.

Demand for services from funds that will help pay for out-of-state abortions was already on the rise, the Texas Tribune reports, after the six-week ban initially went into effect last year. and the trigger law could probably have a similar effect.

The coalition wants to ensure that prosecutors cannot apply the triggering law, which is officially called House Bill 1280, “…in a way that violates plaintiffs’ rights to travel freely, associate freely, to speak freely and freely support members of their communities through financial assistance, as guaranteed by the United States Constitution and federal law,” according to court documents.

The argument presents a potential dilemma for conservative justices, said David Levine, a professor at the University of California-Hastings School of Law, who has fought to enshrine spending money as a form of free speech. protected by the First Amendment to the US Constitution.

“It’s a very strong argument to say that money is talk,” Levine said of the legal strategy of abortion rights groups. “It puts the court in a very interesting position to decide which principle is more important to them – banning abortions or money as speech.”

The conservative view that spending money is a protected form of free speech dates back to Supreme Court rulings in the 1970s under the Nixon administration. A slew of cases brought by conservatives from that time have focused on lifting restrictions on financial contributions to political campaigns arguing that spending money on political candidates is a form of free speech. . “From there…it just overturns campaign finance regulation after regulation,” Levine said.

Statements by some conservative Texas lawmakers appear to contradict the generally accepted conservative dictum that spending money constitutes free speech, at least in the context of abortion, according to the lawsuit.

In the example cited in the lawsuit, Houston-area State Representative Briscoe Cain suggested that the constitutionally protected right to travel interstate does not extend to the protection of the right of abortion groups to pay for interstate travel for others.

However, statements like Cain’s are just interpretations of the language of the trigger ban and the Constitution. The Constitution contains no explicit language protecting Americans’ ability to travel between states; that right became law as a result of Supreme Court rulings, Levine said. Similarly, the Texas trigger ban does not explicitly prohibit residents from traveling out of state for an abortion.

Paxton’s office did not immediately return a call for comment on Friday.

Should you use a home equity loan to consolidate your debt?